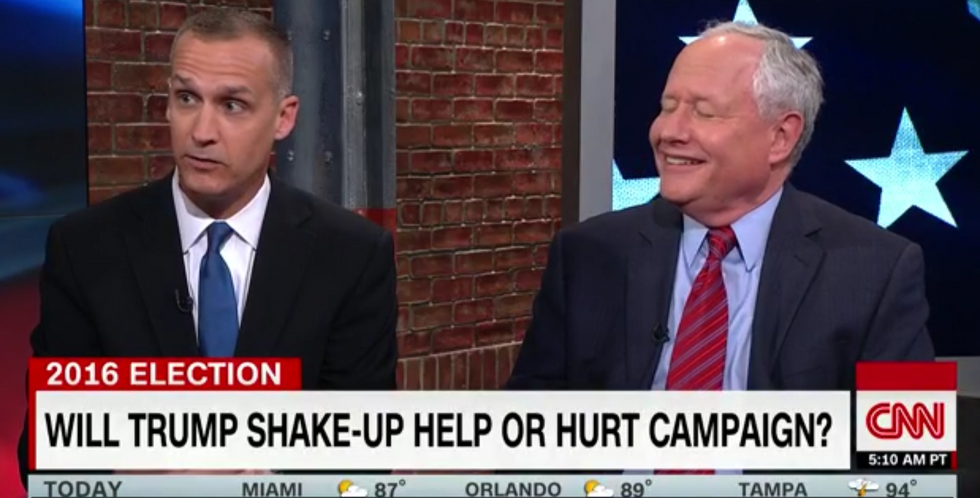 As Donald Trump's campaign continues to flail wildly, Trump surrogates on cable news channels have been getting even more ridiculous than they already were.

Bill Kristol, who sat opposite of Lewandowski during the segment, could be seen laughing at him while he made this argument.

"That's the last recourse of a campaign that's going to lose," Kristol said in response. "It's hoping third-and-fourth-party candidates are going to magically change the equation. At the end of the day, 38% of the American people think Donald Trump should be president, it's never gotten much above that number."