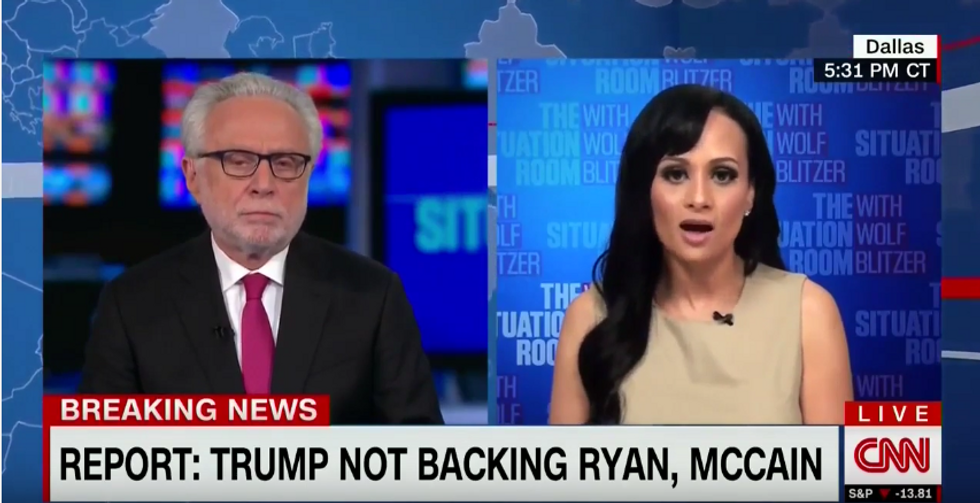 Did Barack Obama and Hillary Clinton get in a time machine and go back to 2004 to change the rules of engagement that cost Humayun Khan his life?

Believe it or not, that seems to be the wild new theory being floated by Trump spokeswoman Katrina Pearson.

Specifically, Pierson told CNN's Wolf Blitzer on Tuesday that Capt. Humayun Khan "probably" died because Obama and Clinton crippled our military's ability to fight by changing the rules of engagement.

There is a very obvious problem with this, of course: Khan was killed by a car bomb all the way back in 2004. During that time, Clinton was a senator for New York and Obama wasn't even a senator yet.

Even by Katrina Pierson's standards, this was a flameout for the ages.

Update, 10:36 p.m. EST: CNN later posted a clip of Blitzer fact-checking Pierson's statement, which can be seen below.

.@WolfBlitzer fact checks Trump spokeswoman after she says Obama and Clinton are to blame for Capt. Khan's death https://t.co/nZAfYTh2J9