WATCH: Megyn Kelly gets pounded when she tries to compare Media Matters to Breitbart.com 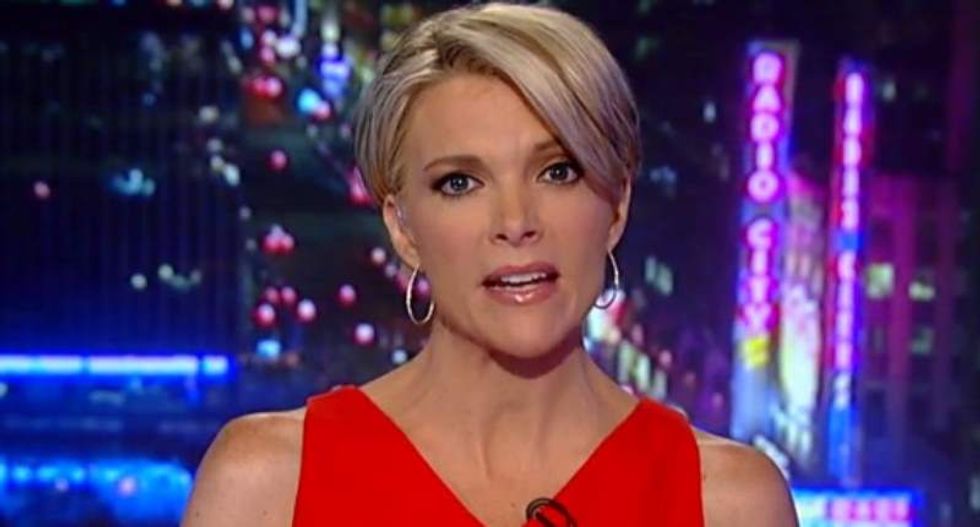 Fox News host Megyn Kelly clashed with Democratic strategist Bill Burton on Thursday when she argued that the liberal news site Media Matters and far-right site Breitbart.com were equivalent to one another.

Crossing her fingers, Kelly said that Hillary Clinton was "like this with the guy who founded Media Matters, and that is a hateful website. Ask any conservative or Republican in the country."

Kelly's remark was a reference David Brock, a longtime Clinton ally, and her argument echoed that of colleague Bill O'Reilly, who has called the site "a hate group."

Burton laughed at her premise before replying.

"Megyn, we're talking about different things," he said. "Because conservatives don't agree with what Media Matters has on its website does not make it a hate website. It means they disagree with that."

Later in the segment, she noted that another colleague, Greg Gutfeld, has written for the site, but added that Breitbart founder Andrew Breitbart "was a great man. But the website has, obviously, changed a lot since Andrew's death."

One of the site's former editors, Ben Shapiro, characterized it as catering to racists in an op-ed for another conservative site, The Daily Wire.

"Now Breitbart has become the alt-right go-to website, with [Milo] Yiannopoulos pushing white ethno-nationalism as a legitimate response to political correctness, and the comment section turning into a cesspool for white supremacist mememakers," Shapiro wrote.

Yiannopoulos, the site's technology editor, was banned from Twitter last month after instigating a series of racist attacks against actress Leslie Jones. Jones was later hit by a cyber-attack.

Breitbart was also criticized by the Southern Poverty Law Center for embracing the "alt-right," which the SPLC described as "a loose set of far-right ideologies at the core of which is a belief that 'white identity' is under attack through policies prioritizing multiculturalism, political correctness and social justice and must be preserved, usually through white-identified online communities and physical ethno-states."

Footage from the interview, as posted by Media Matters, can be seen below.