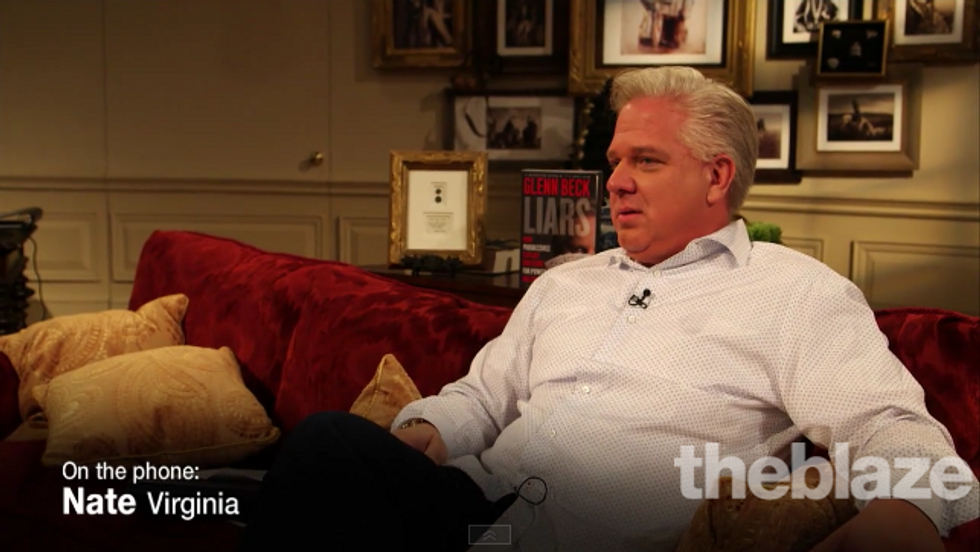 Even Glenn Beck is creepy out by a threat-spewing Trump supporter (Screen cap via The Blaze.

Yes, it really is possible to creep out Glenn Beck.

Per The Blaze, a Trump supporter named "Nate" called into Beck's radio show on Wednesday and threatened to "go after" Donald Trump "personally" if he gets elected president and breaks his promise to build a wall along the U.S.-Mexico border.

"Oh, he’s in so much trouble," the caller said of Trump if he broke his wall promise. "You don’t even understand the backlash of us, the ones who are so frustrated and angry and tired of all the political stuff. We’re going to come after him personally. You know what I mean? We’re going to get him."

Beck looked alarmed by these words and asked the caller if he meant he'd push for impeaching Trump if he didn't deliver on the wall. The caller said yes, but also left open the possibility that violence might be necessary.

"Well, I mean, hey, you yourself said he’s condoned violence in the past, hasn’t he?" the caller asked rhetorically. "I’m just saying, he’s appealing to people who are very frustrated and angry. Their frustration and anger can only be subsided if he makes his promises true. And he has a lot on his shoulders. Maybe he himself doesn’t even know how much. But if he doesn’t come through for us, he’s going to have bigger problems, bigger problems than what you know."

Beck was at this point thoroughly disturbed.

"Thank you for one of the spookiest phone calls I think I've ever received," he said.