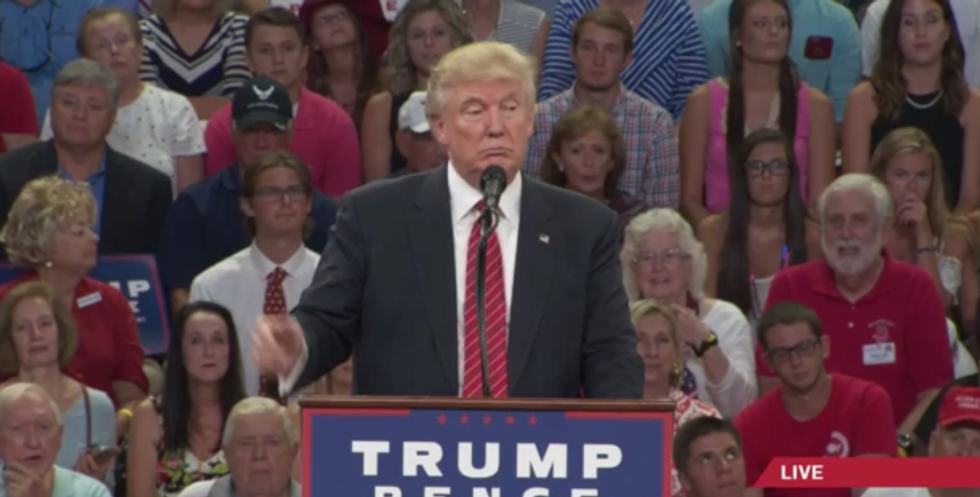 In addition to talking about the upcoming presidential election being "rigged," Donald Trump has now floated the possibility of using violence to stop Hillary Clinton from picking Supreme Court judges should she be elected president.

During a rally in North Carolina on Tuesday, Trump raised the prospect of Hillary Clinton picking Supreme Court justices, which drew immediate boos from the crowd.

"If she gets to pick her judges, nothing you can do folks," Trump said, before adding, "Although the Second Amendment people, maybe there is."

The statement implies that Americans can stop Hillary Clinton from appointing judges by exercising their Second Amendment rights to keep and bear arms. The darker implication here is that Americans could use political violence to stop Clinton should she become president.

This statement also recalls former Nevada GOP Senate candidate Sharon Angle, who said that Americans may have to resort to "Second Amendment remedies" if they couldn't achieve victory at the ballot boxes.

Check out the full video of Trump below.