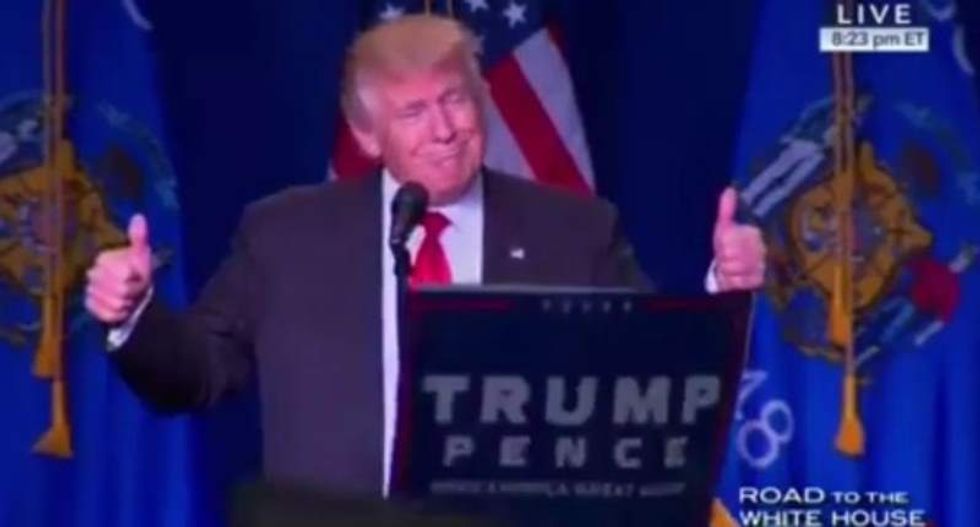 Republican presidential nominee Donald Trump closed out a week of tension with GOP leadership on Friday with an endorsement of House Speaker Paul Ryan (R-WI).

"We will have disagreements. But we will disagree as friends and never stop working together toward victory," Trump said while looking down at what appeared to be prepared remarks. "And very importantly, toward real change. So, in our shared mission to make America great again, I support -- and endorse -- our Speaker of the House, Paul Ryan."

Trump's remarks during a rally in Green Bay after he refused to endorse Ryan during an interview with the Washington Post earlier this week, causing another round of friction between the candidate and the party. Ryan was not present at the event.

The real estate mogul went so far as to express praise for Ryan's GOP primary opponent, businessman Paul Nehlen, on Twitter. The online interaction subsequently led to a boost in Nehlen's national profile.

Watch footage from Trump's speech, as posted online on Friday, below.