Bill Maher panel goes off the rails when Trump surrogate won’t STFU: 'I must f*cking stop you' 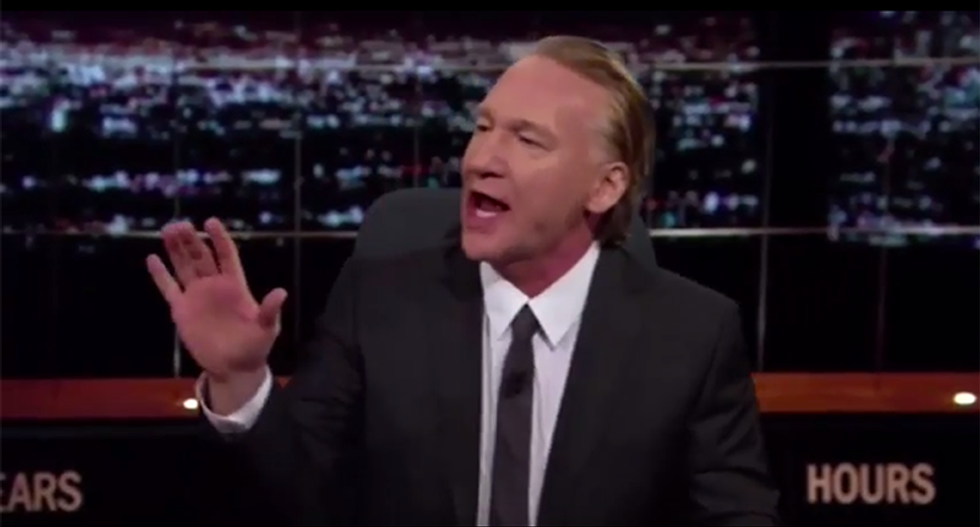 Early on Maher slammed his hands on the desk when Moore wouldn't stop talking, "I must f*cking stop you!" Maher shouted at him. Maher was attempting to read statistics about the economy from the Census Bureau.

Maher tried to hold Moore back away from Rye but Moore persisted.

"I know you're really excited, but let me be really clear," Rye tried to say while Moore talked over her. "This is not the Monday night debate and I'm not Hillary Clinton. So, I'm just being very clear with you, I have something to say, and I need you to let me talk. Thank you."

The audience applauded as Rye began to speak again about the economy and Trump's positions. "The point is very simple: When your candidate was asked whether he wanted to raise the minimum wage he initially said no, now he wants a slight increase. If you want to talk about wages—" and once again Moore began to talk over her. "You're still not going to let me finish. You're still not going to let me finish. Fantastic. This is going to be a great conversation."

"Steve, Steve, let her get her, let her finish," Maher interjected.

But Rye was done with the BS. "It's fine, Peter, go ahead," she said throwing up her hands and turning to the other panelist."

"The problem is, your candidate has deceived his voter base," she began before Moore once again tried to talk over her. "Really?" she asked with a WTF look on her face. "Anyway."

Maher once again pulled on Moore's arm and shouted his name. It never worked.

Check out the embarrassing video below: