Bill Nye is 'open minded but skeptical' about the two-party system: 'Don't mess this election up' 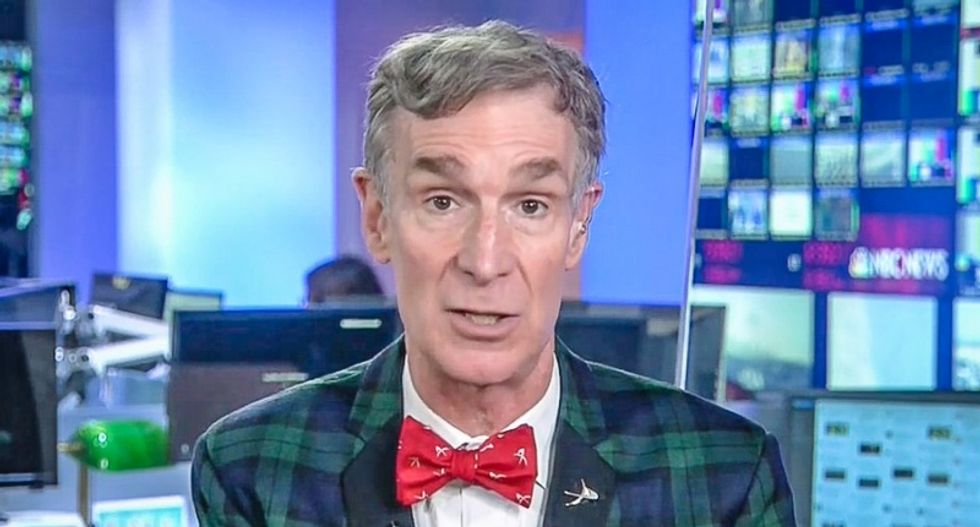 "You've spoken out against leaving the two-party system recently," Jeff for Justice says with a quote attributed to Nye appearing on the screen.

Nye seemed confused, "spoken out against it?" he asked before clarifying that he said that there is a reason there are two main parties.

When it comes to having more than two parties, Nye said that he's "open-minded" about the idea "but skeptical." He explained that eventually the United States will end up with "a consortium, the way they have in Italy. So, eventually you end up with two sides."

Nye admitted he has serious concerns about the Green Party after the 2000 election where many blame Nader supporters for electing George W. Bush. Nader "enabled a guy, a climate change denier, not really an anti-environmentalist but not a very thoughtful guy about the environment, to be elected president. In other words, Ralph Nader running for president enabled all sorts of world events that almost certainly wouldn't have happened if the other guy, who won the popular vote had become president," Nye continued.

He went on to explain that if three teams played in the Superbowl eventually supporters would want to pick a winner. "By way of example, in Italy, where they have many many parties, when they're all done they've got to pick somebody and they've got to form a coalition. And that's how it's resolved," Nye explained.

While walking away Nye shouted back, "Don't mess this election up!"

While Nye might have said what Jeff attributes to him in a video, the direct quote that appeared on screen could not be found online anywhere.