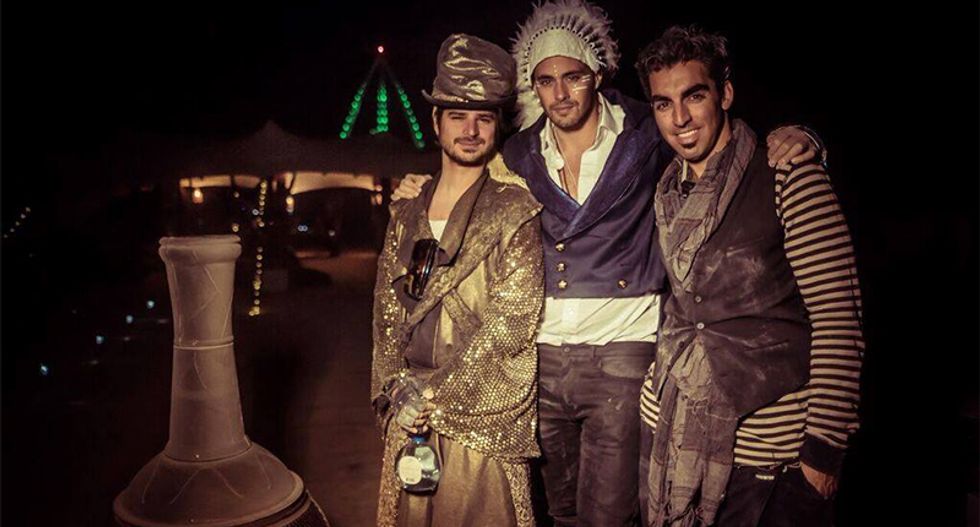 Burning Man might be about a friendly, inclusive and creative environment, but when it comes to billionaire-fueled campsites and exclusive "rich kids" camping out, burners don't take too kindly.

White Ocean is a special club of burners that was founded in 2013 by DJ Paul Oakenfold. However, the group was funded by the son of Russian billionaire Rashid Sardarov and Oliver Ripley, the CEO of the Ocean Group.

While at Burning Man this year, White Ocean hosted techno parties on the outskirts of the campsites and, according to IBTimes, provided lodging and food for the rich and famous. Each year, the group hosts the "white party," where attendees dress in all white and dance to techno music.

But this week, vandals ransacked the campsite, cut electric lines, stole items, glued trailer doors shut and flooded the site with over 200 gallons of water.

The one-percenters posted a melancholy message on their Facebook page that some are calling nothing more than a blatant example of privilege that has no place at the hippie festival.

"We have felt like we've been sabotaged from every angle, but last night's chain of events, while we were all out enjoying our beautiful home, was an absolute and definitive confirmation that some feel we are not deserving of Burning Man," the group wrote.

Burning Man has a spirit of self-reliance in the desert, frequently mocking the fancy-pants-like White Oceans as "sparkle ponies," known for focusing more on what they're wearing and how they're partying than food and safety. Sparkle ponies came under fire earlier in this year's event when Black Rock Helicopters released a video inviting wealthy travelers to take a flashy ride out to the playa with no more than 600 pounds of gear and a small group of friends.

But Partickal Ted quite simply let the White Ocean group have it. "Your misguided attempt to be the big unifiers of people, love and music failed miserably and was a funny story for us to laugh at!" he commented on Facebook. "Clearly some things cannot be bought! Thank God for the rest of us and the occasional reckoning of the angry mob! There is your lesson!"

He continued alluding to the exclusivity in the White Ocean group being against the spirit of Burning Man. "Your spirit of exclusivity and decadence is exactly why the world, outside of your luxury camp is so f*cked today. Luxury seekers are twats. Not cosmic, not cool, and certainly NOT what any festival is about! Anyone knows that! I think Burning Man were totally right. You got what you deserved and now you want to cry like the victims!"

Read the entire statement from White Ocean below: