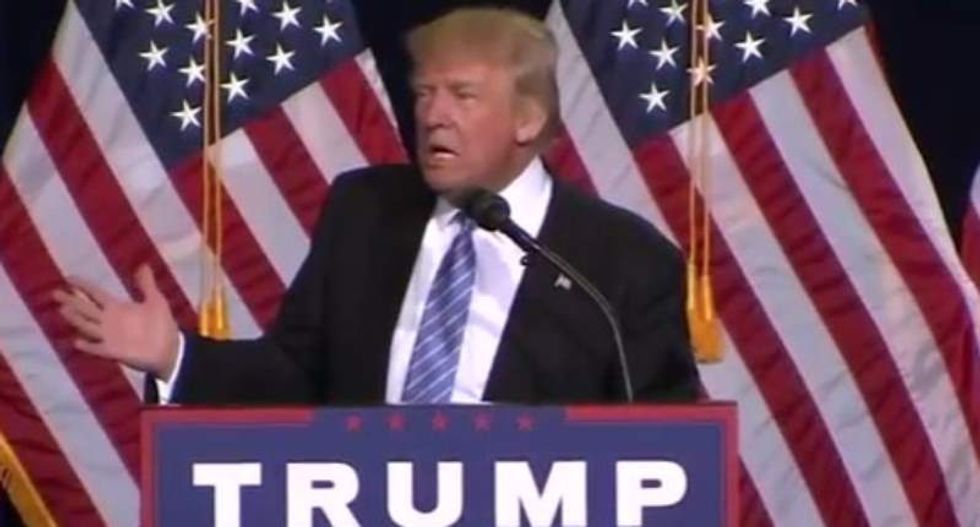 Donald Trump's campaign not only prepared the questions for an upcoming interview at an African-American church in Detroit, it also laid out his responses -- and his boasts, the New York Times reported.

A draft of the event's script calls for Trump to respond to a question regarding undecided black voters by telling them, "If you want a strong partner in this journey, you will vote for me. I will never let you down. By the way, my support is now up to 8 percent and climbing."

Trump is scheduled to be interviewed by Bishop Wayne T. Jackson at Great Faith Ministries International on Saturday, an event that will be closed off to media outlets. Trump has drawn fire in the past for making appeals to black voters in front of mostly-white audiences.

According to the Times, black Republican Party members had insisted that Trump, their presidential nominee, speak to Jackson's congregation for at least 10 minutes as part of his service. But the real estate mogul's campaign pushed for the interview instead, saying that they were not comfortable with him delivering remarks to the congregation himself. The event will be aired a week later on The Impact Network, a Christian TV network owned by Jackson.

Trump's spokesperson, Hope Hicks, said in an email to the Times that she was "not aware" of the script.

"As you know, Mr. Trump is an unscripted candidate," she wrote. "He is genuine and authentic, but not unprepared. Mr. Trump looks forward to attending what is sure to be an important event on Saturday."

But the document also gives Trump specific directions regarding some questions. According to the script, Jackson is slated to ask the former reality show host whether he is conducting a racist campaign. In response, Trump is advised to avoid repeating the word "racist."

Instead, it urges Trump to say, "The proof, as they say, will be in the pudding," and add, "Coming into a community is meaningless unless we offer an alternative to the horrible progressive agenda that has perpetuated a permanent underclass in America."