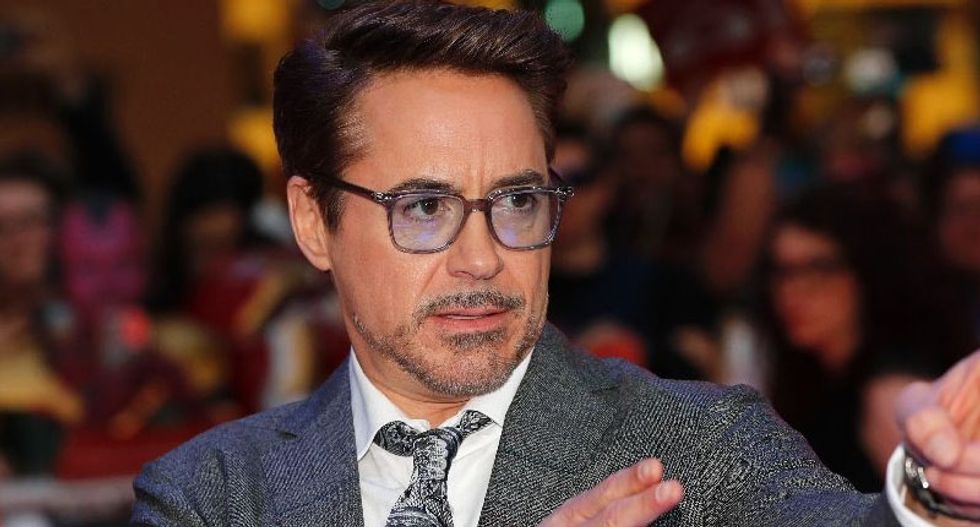 Major stars, including Robert Downey Jr, appear in a short video to rally voters, part of an effort launched by "Save the Day," a Super PAC supporting Hillary Clinton (AFP Photo/Adrian Dennis)

Some of America's biggest stars -- including actors Robert Downey Jr and Scarlett Johansson -- appear in a short video, taking potshots at Donald Trump while rallying voters to the polls on election day.

"On Tuesday, November 8, this country will make one of the most important decisions in its history," the film and stage actors say as part of the effort launched by "Save the Day," a Super PAC supporting Hillary Clinton.

PACs, or political action committees, are organizations created to raise funds to support or oppose a given candidate or political cause.

Super PACs can raise even larger amounts of cash during the immensely expensive American political campaigns, but are forbidden from making direct contributions to a candidate.

Leslie Odom Jr -- until recently a star of the hit play "Hamilton" -- makes a reference to Republican Presidential candidate Donald Trump in the three-minute video.

"Do we really want to give nuclear weapons to a man whose signature move is firing things?" Odom asks.

Likewise, Hollywood star Don Cheadle appears to allude to the Republican presidential nominee when referring in the video to "a racist, abusive coward who could permanently damage the fabric of our society."

Save the Day was founded by Joss Whedon, director of two installments of the hit "The Avengers" films, among other works.

The get-out-the-vote video was unveiled less than seven weeks before the November 8 presidential election.