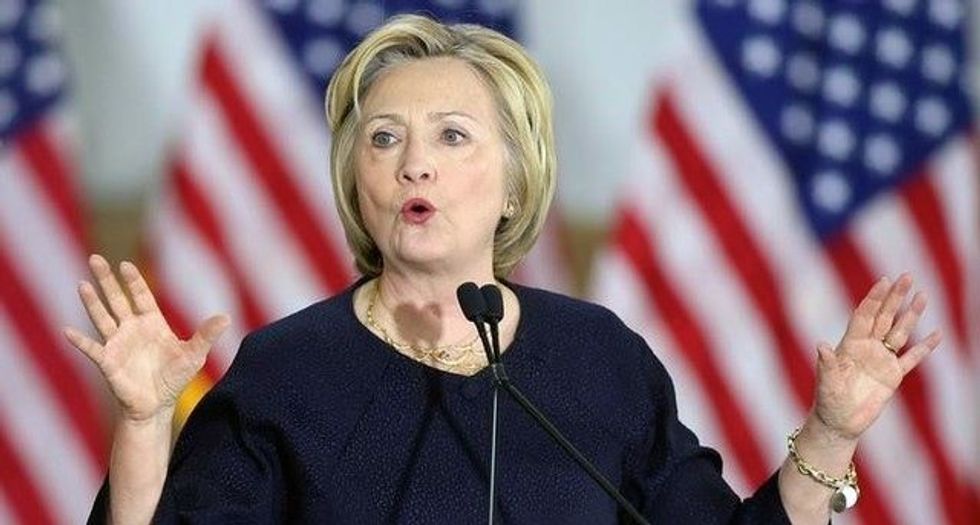 Democratic U.S. presidential nominee Hillary Clinton on Thursday proposed raising taxes on inherited property to 65 percent for the largest estates as she bolstered plans for tax hikes on the wealthiest Americans.

Known by conservative opponents as the "death tax," the estate tax, levied on property such as cash, real estate, stock or other assets transferred from deceased persons to heirs, currently is imposed only on inherited assets worth $5.45 million or more for an individual.

Clinton's plan, posted on her campaign's website, would raise the estate tax from the current 40 percent to 45 percent, the rate that existed in 2009. But the biggest estates would face rates of up to 65 percent for property valued at more than $500 million for a single person or $1 billion per couple, under her proposal, an update of an earlier plan.

Clinton's proposed top rate of 65 percent would be the highest estate tax since the 1980s, and is in line with a proposal made during the Democratic primaries by her former rival for the party's presidential nomination, U.S. Senator Bernie Sanders.

Her campaign said the boosted estate tax and a change in the rules to tax capital gains associated with inherited assets would help pay for other proposals to benefit middle-class people, such as expanding a tax credit for working parents.

Clinton's campaign said the plan would hit only the wealthiest people.

"Hillary Clinton has made a commitment throughout this campaign to make sure there is a plan to pay for the progressive policies we have laid out," said Mike Shapiro, an economic adviser to Clinton.

The Committee for a Responsible Federal Budget, a nonpartisan group focused on budget issues, said Clinton's new tax proposals including the estate tax changes, taxes on capital gains of inherited assets and other provisions would together raise $260 billion in revenue over a decade.

Republicans want to eliminate estate taxes altogether because they believe the system penalizes families who want to pass down businesses, said U.S. Representative Kevin Brady, chairman of the tax-writing House of Representatives Ways and Means Committee.

Brady said in a statement that Clinton's plan was "dead on arrival."

The nonpartisan Center on Budget and Policy Priorities said this month that only the estates of the wealthiest 0.2 percent of Americans, about two out of every 1,000 people who die, currently owe any estate tax because the first $5.45 million per person is exempt. Clinton would lower that exemption to $3.5 million.

(Reporting by Emily Stephenson, Steve Holland and Amanda Becker; Editing by Will Dunham)