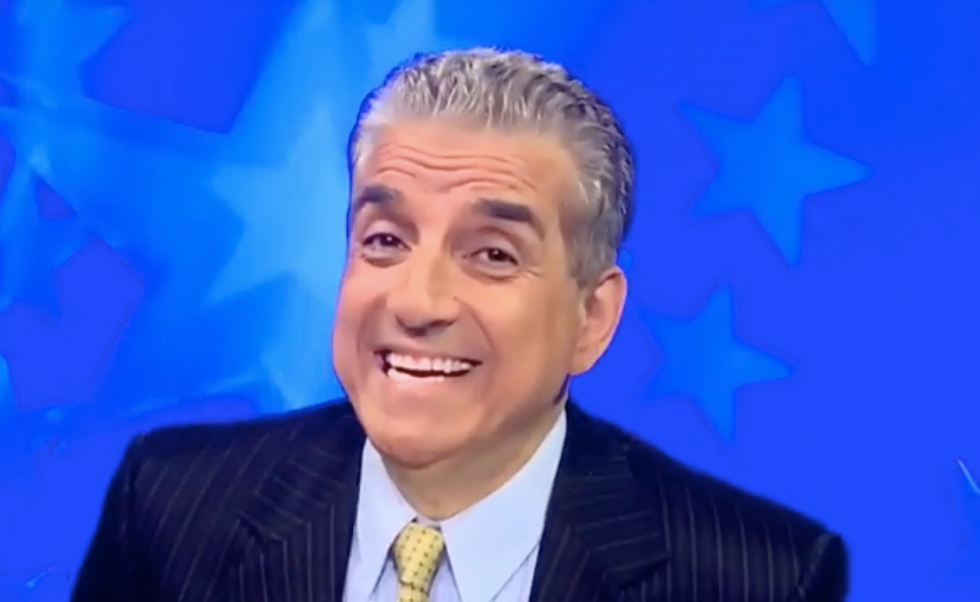 Newsmax TV host Steve Malzberg responded angrily on Wednesday to Democratic presidential nominee Hillary Clinton's airy dismissal of right-wing conspiracy theories about her health and the refusal of the "liberal media" to take the speculation seriously.

"She was in Cleveland and she was choking for four and a half minutes," Malzberg claimed, then said that vice presidential nominee Gov. Tim Kaine (D-VA) "just sat there. He didn't do anything."

Again and again, Malzberg played clips of the recent Morning Joe discussions dismissing the conspiracy theories as nonsense, which he took as solid evidence that the media is stacking the deck in favor of Clinton.

He then played a clip of CNN's Brooke Baldwin that's currently making the rounds in which it is apparently shocking that in order to prevent hacking or security leaks, then-Secretary of State Clinton's old mobile devices were destroyed with hammers.

It is official Department of Defense policy to destroy discarded electronic devices like phones and tablets so that they cannot fall into the wrong hands and be used against the U.S. government.

Malzberg sees this as evidence of wrongdoing. He did a nasal-voiced impression of Baldwin, then said, "Can we watch that again? That was so...that was great."

He then rolled the clip again, and said, "Poor Brooke, poor Brooke."