Dan Rather slams Trump's immigration speech as 'a toxic mix of jingoism, nativism, and chauvinism' 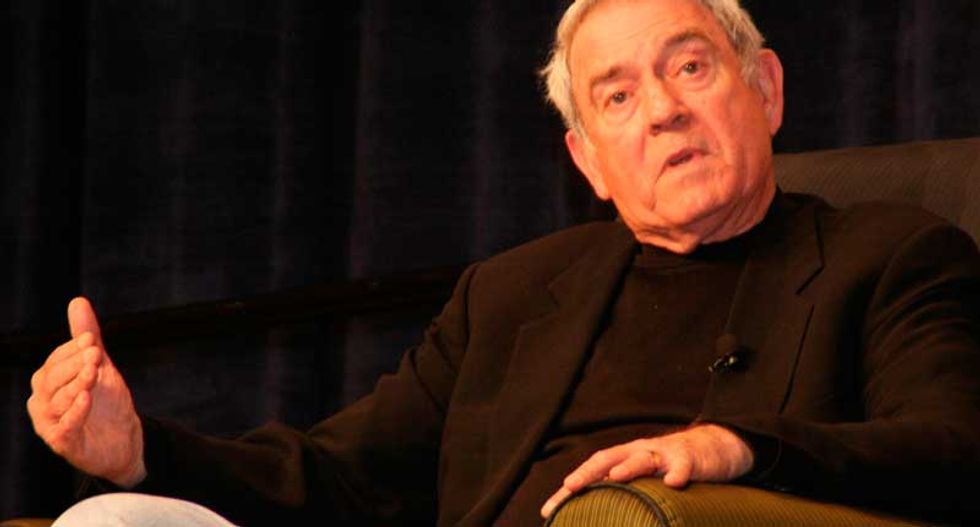 Dan Rather took to Facebook on Wednesday night to blast Donald Trump's long-anticipated speech that promised to outline specifics of his proposed immigration policy.

Trump promised at the top of his Phoenix address that he was "going to deliver a detailed policy address on one of the greatest challenges facing our country today, illegal immigration." But, as Rather notes, the GOP presidential candidate's Phoenix appearance was extremely light on policy details.

"He claimed it would be a detailed policy address, and yet from the start his tone was a seething, angry attack on what he described as a world of dangerous murderers and rapists who seem to be roaming 'sanctuary cities.' Focusing on a few isolated and already well-documented tragedies, he painted the entire undocumented world with the casual brush of violence," Rather wrote.

"...He would say “and 3”, “and 4” as if it were a detailed list of proposal, but any sense of order was swamped by a tsunami of rhetoric and tone."

"But any details are beside the point. With a raspy roar, leaning over the podium, Trump delivered his message with glee - This is our country and we are being overwhelmed by hordes not fit to be in our country. He suggested that “These People” are well known to law enforcement and could be rounded up with ease. It was a line that seemed more in keeping with the culture of the old East Germany than the United States. 'We have got to have a county folks' he summed it up. 'Under a Trump Administration it’s called America first.'"

Rather also commented on the speech's intended audience. "The crowd – nearly all white from the looks of the cutaway shots – ate it up with a hostility that seems in keeping with those who have flocked to Trump’s angry march through this campaign season," Rather continued.

You can read Dan Rather's full commentary below and read  a full transcript of Donald Trump's speech here.