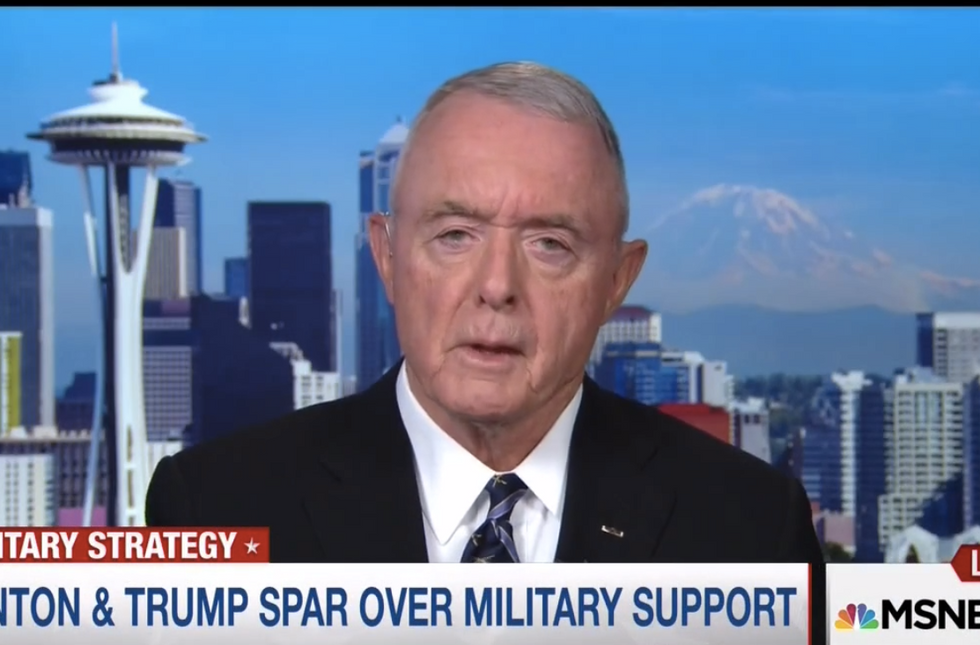 Former U.S. Army Gen. Barry McCaffrey went all in on Saturday in expressing his belief that Republican presidential nominee Donald Trump's is completely unsuited and unprepared to take on the role of commander in chief.

McCaffrey said that a president needs to be "knowledgable, smart, cautious, aware that this giant U.S. military -- 2.23 million men and women, active guard and reserve -- have families. And that when we get 60,000 killed and wounded, which we have in the War on Terror, the commander in chief is responsible for their lives and safety. I think that's what we want."

Anchor Richard Lui played McCaffrey a clip of Trump from Thursday night's Commander-in-Chief Forum in which the former reality TV star said that Pres. Barack Obama and Clinton left our military generals "reduced to rubble." Trump also said that he would get "a different set of generals" to help make the country's tactical and strategic decisions.

"I think it's an asinine statement," McCaffrey responded. "These armed forces have been at war for 15 years."

"Our military leaders have grown up in combat," the retired general said. "Their courage, their patriotism, their dedication are the reasons that we haven't had a dozen more 9/11s."

"This kind of disparaging statement is incredibly insulting to the people out there defending the country," he told Liu.