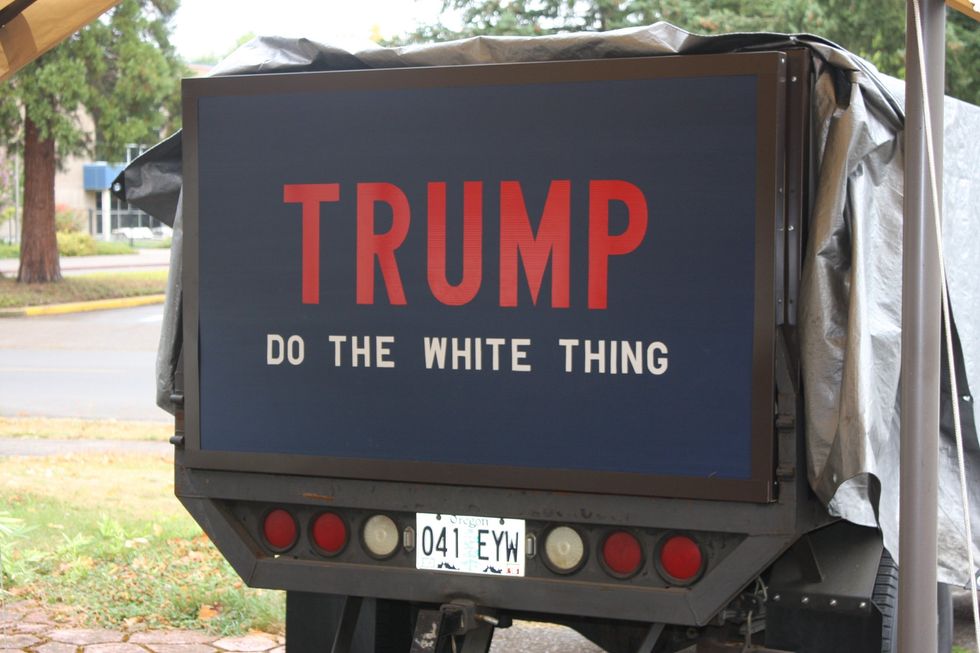 Neo-Nazi Jimmy Marr has painted his truck with the slogan "Trump: Do the White Thing" (Source: Twitter).

It's going to be hard for Donald Trump to dispel the notion that he's being supported by white supremacists when they paint racist pro-Trump messages on their trucks.

The Oregonian brings us word that Oregon-based neo-Nazi Jimmy Marr -- a.k.a., "Genocide Jimmy" -- is gearing up for the fall elections by painting pro-Trump messages all over his Toyota Tacoma.

On the back of the truck, he has painted a giant message that reads, "Trump: Do the White Thing," for example.

In the past, Marr has painted swastikas on his truck along with slogans such as, "Jew Lies Matter" and "'Holocaust' is Hokum."

Marr typically uses his truck to spread his messages by driving it up and down Interstate 5 in Oregon. It now seems as though the truck might inadvertently be one of the more effective get-out-the-vote operations that the Trump campaign has in the state.