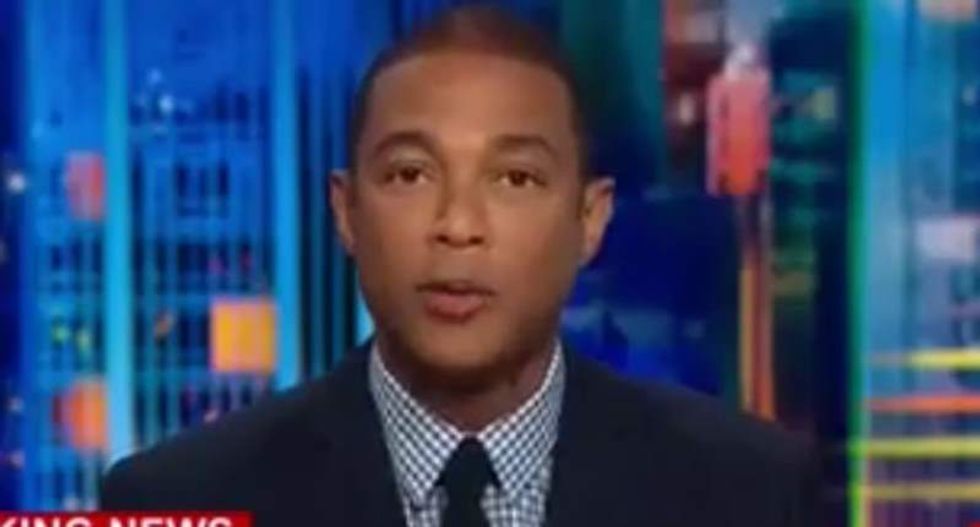 CNN host Don Lemon scolded a Donald Trump supporter on Thursday for insisting that Donald Trump's birther remarks about President Barack Obama were not racist and that "only liberals on television" felt like that was the case.

"Here's the thing I said about the campaign being tone-deaf," Lemon told Andy Dean, before urging him to look at his monitor and consider that both he and panelist Van Jones were African-American.

"Throughout American history, there's been questions as to peoples' birthplaces," Dean responded. "It has nothing to do with his skin color, as evidenced by the fact that five other individuals have gone through this."

Earlier in the evening, Trump's campaign released a statement -- attributed to a spokesperson -- saying that the former reality show host believed that Obama was born in the US, hours after he told the Washington Post that he would address the issue at another time. For his part, Jones described the statement as an attempt to save face

"He kind of stepped in the doggie poo with the Washington Post," said Jones. "Hillary Clinton smacked him for it. He had somebody push out a statement for him, try to stop a little bit of the bleeding. At some point he's going to have to stand up in front of the American people like you want anyone else to do with his own mouth and say that he was wrong. And it would be great for him to apologize."

Jones also said that Trump's campaign to get Obama to release his birth certificate felt to Black Americans "like it was a cheap shot at somebody who had a different skin color."

"Apologize, show you've got some empathy, you might go somewhere with this," he urged Trump. But Dean rejected the idea.

"I think he's factually incorrect," he said of Jones. "I think maybe liberals on television may think it's a race issue."