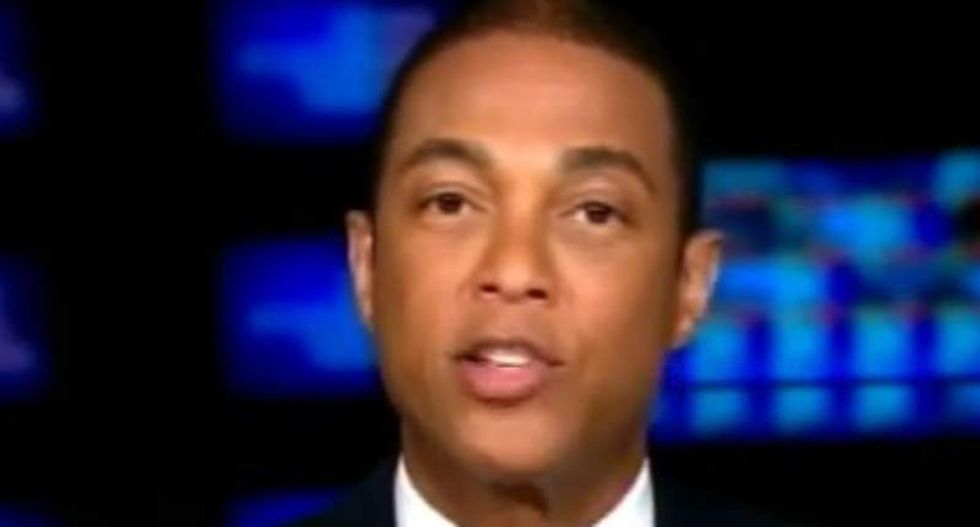 CNN host Don Lemon rebuked the idea that Donald Trump's touting of "stop-and-frisk" policing would get a positive response from black communities during a Thursday appearance on Wolf Blitzer's Situation Room.

"What message does it send to voters when he says 'stop-and-frisk' worked incredibly well?" Blitzer asked Lemon.

"I think it sends a message that he's not telling the truth when he says that," Lemon responded. "It worked incredibly not well."

Lemon then pointed out that the police tactic, which drew heavy criticism for its use in New York City, was found to yield little in the way of actual results; only 3 percent of "stop-and-frisk" stops between 2009 and 2012, for example, led to convictions.

"African-Americans know that," Lemon said. "It disproportionately targeted blacks and Hispanics. And as we have been saying all along, a federal judge ruled it unconstitutional. If it did not work in New York City, why would it work in Chicago or any other city around the United States?"

On Wednesday, Trump signaled his support for making "stop-and-frisk" a national program, saying, "We did it in New York, it worked incredibly well, and you have to be proactive." He later backtracked, saying he specifically thought it should be used in Chicago.

While CNN analyst Gloria Borger argued that Trump really did mean the statement as a form of outreach to African-Americans, Lemon shot that idea down, as well.

"You have to remember that Donald Trump [is] not a stupid man," Lemon argued. "He also has very smart people around him. He has people who know politics. So Gloria saying he's trying to say one thing while [Mike] Pence says another, to me it's talking out of both sides of your mouth."