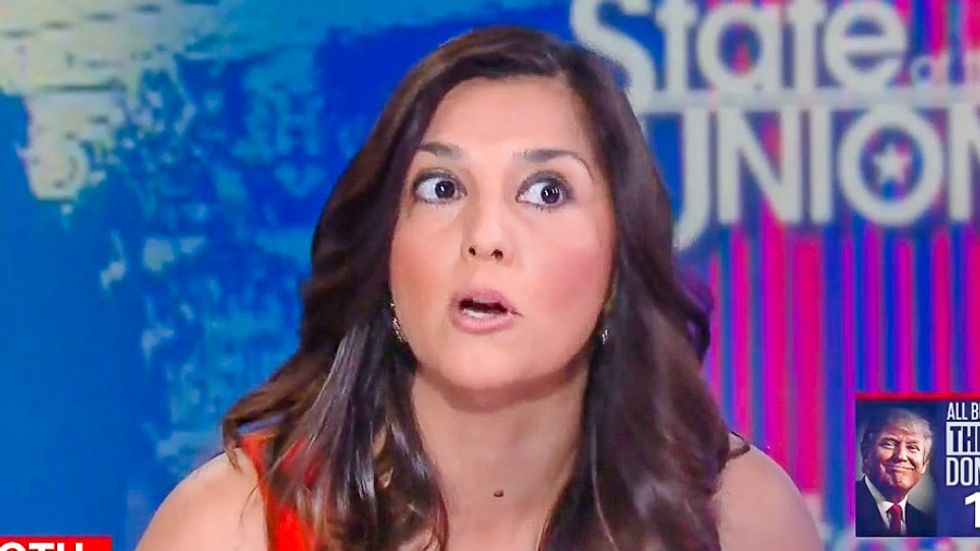 Donald Trump surrogate Rachel Campos-Duffy drew laughter on a CNN panel over the weekend when she asserted that it wasn't fair to mock the Trump campaign over a recent "taco truck" gaffe because Democratic policies were hurting the mobile restaurant business.

Marco Gutierrez of Latinos for Trump found himself the target of ridicule last week when he warned MSNBC that there would be a "taco trucks on every corner" if illegal immigration was not stopped.

During a Sunday appearance on CNN, Campos-Duffy attempted to flip the taco truck remark against Democrats.

"What I think is really interesting is that taco trucks really are the ultimate symbol of American entrepreneurial capitalism," she opined. "And I think what people want to know is not what some first-time surrogate fumbled, what they want to know about is who is going to help people who want to start taco trucks."

"And liberal policies have always over-regulated food trucks," she continued. "What people want to know is who is going to help people start businesses, let them grow, become financially independent. Liberals over-regulate these kind of small business owners and conservatives help them achieve their dreams."

"I have never seen spin like that," Clinton campaign surrogate Bakari Sellers agreed.

"Those are people that are business owners, they're working hard," Bauer insisted. "We just don't want the people here that are stealing the hubcaps."

"Except [Gutierrez] was saying that we don't want taco trucks," Tapper pointed out.