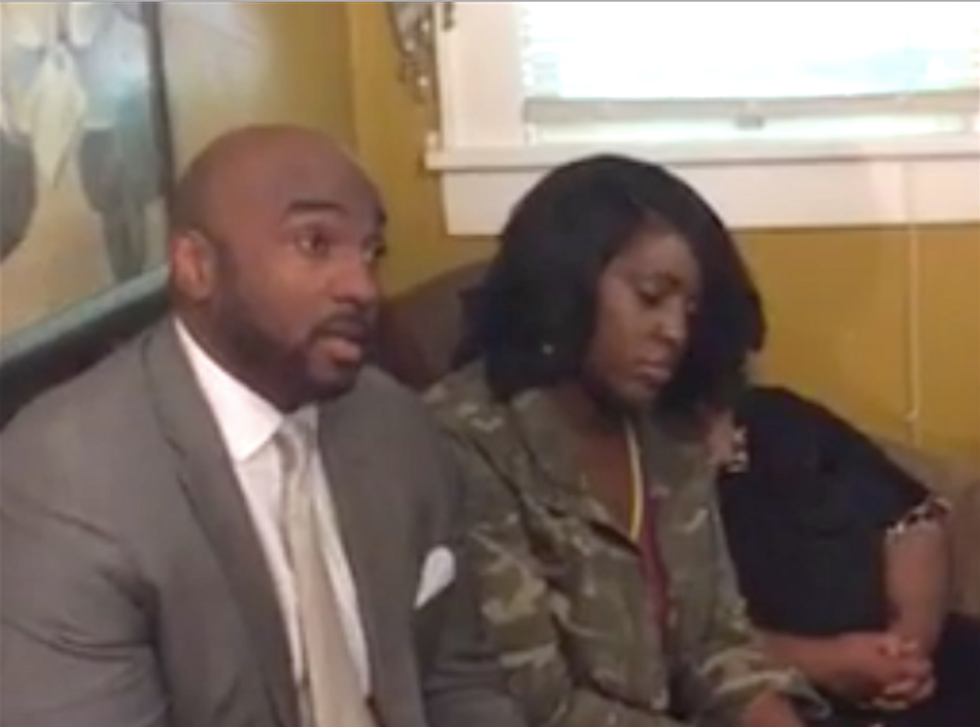 On Friday night, police in Tulsa, OK killed an unarmed black man whose car was stalled on the side of the road. Now, the dead man twin sister wants to know why.

The New York Daily News reported that 40-year-old Terrence Crutcher died after being shot by officers who were investigating his stalled vehicle.

According to the Tulsa World, an attorney for Crutcher's family is calling for immediate release of police body camera recordings of the confrontation and a thorough investigation into the killing.

Crutcher's twin sister Tiffany said at a press conference on Saturday afternoon that her brother was unarmed at the time of his death.

There has already been "a lot of speculation" about what led to her brother's death, Tiffany Crutcher said, but "one fact I do know is that my brother was unarmed."

Terrence Crutcher, she said, had just left a college class in music appreciation at Tulsa Community College at around 7:40 p.m. when his car -- which he'd mentioned to his sister "was having some problems" -- stalled out.

The Daily News reported that officers en route to another call spotted the vehicle and pulled over. Crutcher approached the officers on foot but reportedly did not respond to a command to put his hands in the air.

"He refused to follow commands given by the officers," said Tulsa Police Department spokeswoman Jeanne MacKenzie to the Associated Press. "They continued to talk to him, he continued not to listen and follow any commands."

When Crutcher reached into his vehicle to retrieve something, officers fired a Taser at him, which was followed by a single gunshot. He immediately fell to the ground. He was pronounced dead at St. John Medical Center shortly thereafter.

MacKenzie said that the officer who fired the shot has been placed on administrative leave pending an investigation of the matter.

Tiffany Crutcher described her brother as a loving father of four who was "very excited" about returning to college to complete his education. Twenty years ago, he was charged with carrying a concealed weapon, pled no contest and was given a six-month suspended sentence.

Family attorney Damario Solomon-Simmons told the Daily News, "All we want is for the police to be transparent in their investigation and provide the video we know does exist. We want to know exactly what happened and go from there."

Watch video of the family press conference, embedded below: