Federal worker would rather be fired than watch LGBT diversity video: God doesn't want me to see it 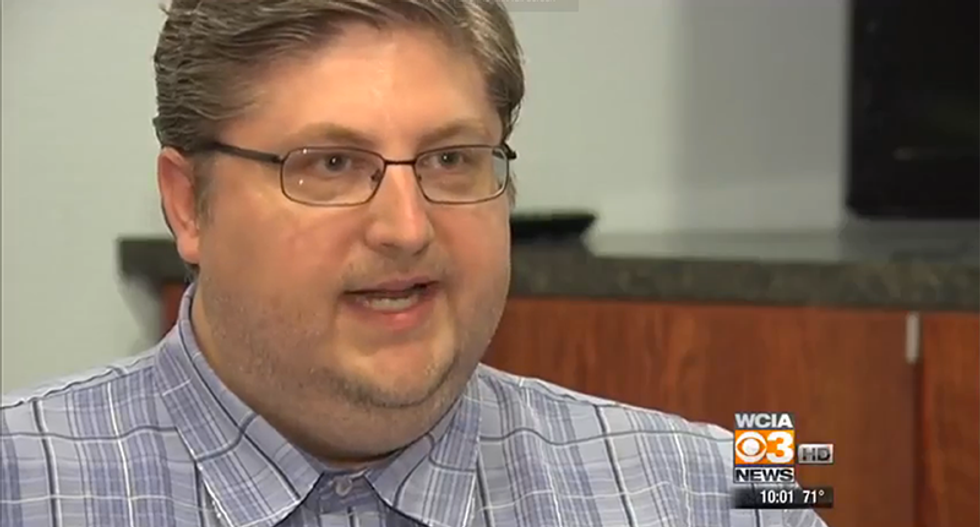 David Hall, of Tolono, Illinois, says that he'd rather be fired than be forced to watch a workplace diversity video about the lesbian, gay, bisexual and transgender community. The 42-year-old man says doing so violates his religious beliefs and fears he may lose his job because of it.

Hall says he is a Christian who believes that the Bible says that homosexuality is a sin. He's "not anti-anyone or anything," however. Instead, he says he's just "for God, for Jesus."

According to the News-Gazette, Hall has worked for the Social Security Administration for 14 years, but in April employees were told to watch a 17-minute training video on LGBT diversity and inclusion and certify they'd done it afterward. Hall claims the department has never made a video mandatory before.

He was given direct orders on June 2 and again on June 24 and he refused both times. He asked for religious accommodation but was denied. An official reprimand was placed in his file and he was suspended without pay for two days.

After the suspension, he was told he'd receive further discipline if he didn't watch the video. He began to expect he will probably lose his job over the ordeal.

"I think this is an issue they are prepared to go to the mat with, but I'm not going to give up my faith or compromise my beliefs just to go along and get along. I don't believe God wants me to do that," Hall said.

Doug Nguyen, communications director for the SSA's Chicago region, told the News-Gazette in a statement, "in support of an inclusive work environment, as well as exemplary customer service, the Social Security Administration recently announced a diversity and inclusion training on the Lesbian, Gay, Bisexual and Transgender (LGBT) Community to our employees.

"This mandatory video training reminds our employees of their responsibility, as representatives of the agency, to provide the highest levels of service to our customers," Nguyen continued. "The training includes a brief session on tips for increasing cultural awareness in a diverse and inclusive environment. We are unable to comment on specific personnel matters."

Hall's beliefs require he not obey. He believes the Constitution gives him the right to religious freedom but clarifies he's not trying to change any LGBT co-workers or attack them. He also emphasizes he's not a bigot.

"I'm not judging the LGBT community ... But I believe tolerance is a two-way street," Hall said, maintaining that people should be tolerant of his intolerance. "Unfortunately, I believe they're wrong. But neither of us should lose our jobs or livelihood for our beliefs.

He also hopes he can fight the training video to expose the actions of the SSA and "to give other Christians the courage of their convictions. I can't tell you how many I've worked with that have told me, 'Dave, we agree with you 100 percent. I wish I had the courage to do that.' But they're scared. ... Their fears are being realized through me."

Chicago attorney Jason Craddock is currently advising him. He previously represented the owner of a bed and breakfast that refused to host same-sex weddings for religious reasons. The B&B turned down a couple's request to hold a civil-union ceremony in 2011 and the judge ordered the B&B to pay $30,000 in damages to the couple and $50,000 in legal fees. They were also told that the B&B was violating the Human Rights Act.

Craddock says that he is looking into other cases where Christians refuse to participate in activities they consider to be sinful. However, Hall is not being required to participate in homosexual sex, rather he's being told to watch a video about diversity in the workplace.

"Unfortunately, it's happening more frequently as time goes on," Craddock said of Christians being persecuted because of their homophobia.