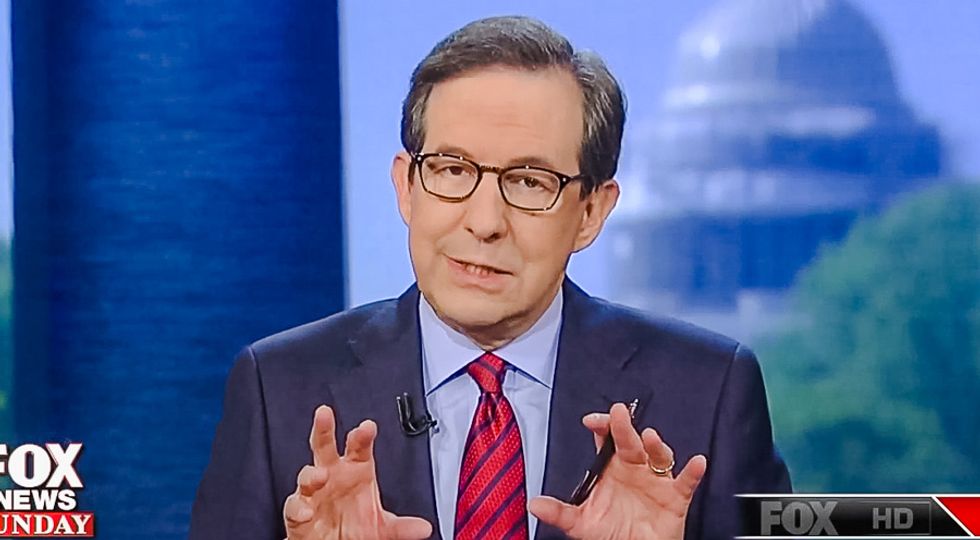 If you hoped that debate moderators would have the scruples to hold the candidates in check during the upcoming forums, Fox News host Chris Wallace has already said he won't be doing it.

"It isn't coming up with a killer question, not coming up with the great follow-up," Wallace told Howard Kurtz Sunday. "I see myself as a conduit to ask the questions and basically to get the two candidates, or as I say, if one of the other people is on the stage as well, one of the third party candidates, but to get the candidates to engage. I view it as kind of being a referee in a heavyweight championship fight. If it — if it succeeds when it's over, people will say, you did a great job. I don't even remember you ever even being on the stage."

Kurtz agreed with Wallace's approach, saying that it isn't about him as the moderator but about the candidates and their answers. But when he asked Wallace what he intends to do if Republican candidate Donald Trump or Democratic candidate Hillary Clinton say something he knows to be untrue.

"That's not my job," Wallace concluded. "I do not believe it is my job to be a truth squad. It's up to the other person to catch them on that. I certainly am going to try to maintain some reasonable semblance of equal time. If one of them is filibustering, I'm going to try to break in respectfully and give the other person a chance to talk. But I want it to be about them — I want it to be as much of a debate, people often talk that it’s simultaneous news conferences."

"Frankly... these two just plain don't like each other," Wallace said, unleashing his keen observations. "I suspect I'm not going to have any problem getting them to engage with each other, but I don't view my role as truth-squading and I think that is a step too far. If people want to do it after the debate, fine, it’s not my role."

Check out the full video of the interview below thanks to MediaMatters: