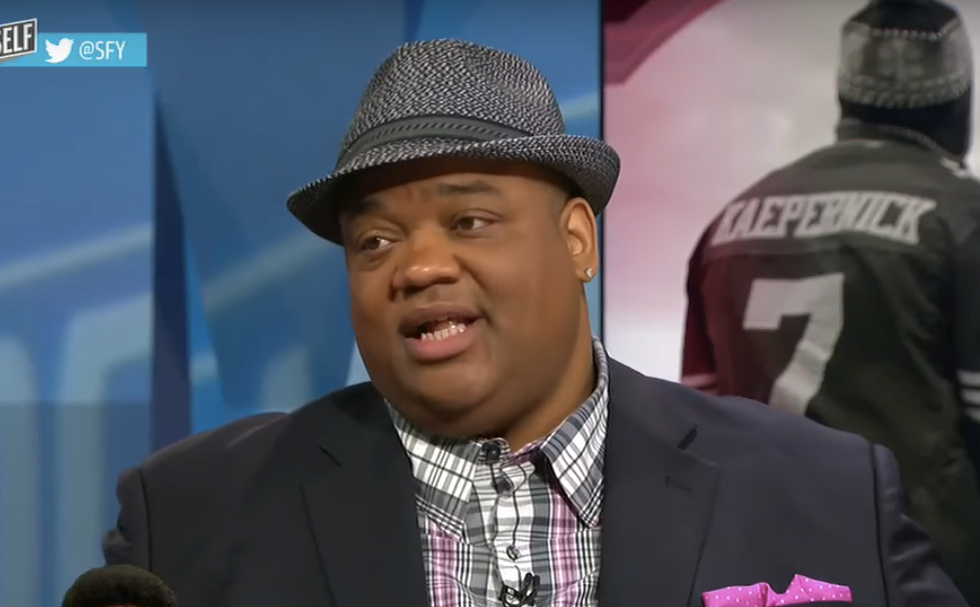 Whitlock dismissed Kaepernick's concern over police brutality in the U.S. as a "hot take."

"The whole police brutality thing is a hot take,” he said. “Everybody loves a hot take because it is good for clicks, retweets, likes and popularity and relevancy."

Kaepernick has declined in recent months to stand during the U.S. national anthem. A recent television broadcast of his protest sparked outrage across the U.S. and has polarized sports fans and pundits.

“I am not going to stand up to show pride in a flag for a country that oppresses black people and people of color,” Kaepernick said to NFL.com. “To me, this is bigger than football and it would be selfish on my part to look the other way. There are bodies in the street and people getting paid leave and getting away with murder.”

Whitlock dismissed the argument, saying that police violence against Americans of color is not as important as the number of murders per capita in the city of Chicago.

He compared the odds of getting killed by police to "getting hit by lightning."

“Five hundred people have been killed in Chicago already," he said. "No one is talking about that."

"Getting killed by a cop is very hard," he insisted. "And if you don’t run from ’em, it’s damn near impossible.”