'Got your attention, didn't it?': Oregon Trump voter brags about hanging Clinton in effigy 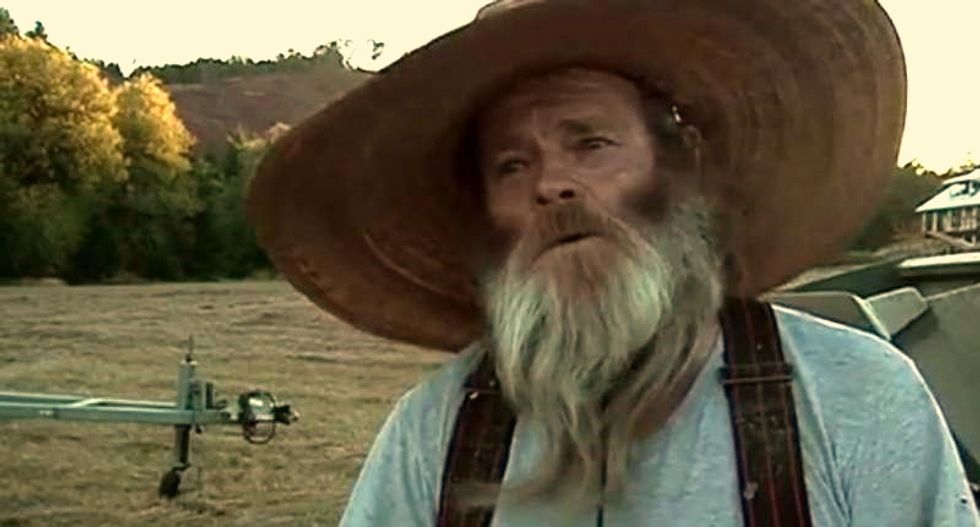 Billy Pitner defends an effigy he put up of Hillary Clinton. (KOMO-TV)

An Oregon man set up an effigy of Democratic presidential nominee Hillary Clinton, tying her to a debunked conspiracy theory, KOMO-TV reported.

"I'm allowed to have my feelings, right, wrong, or indifferent," said Billy Pitner, who mounted the figure near Interstate 5 in the town of Sutherlin. "Here you are. Got your attention, didn't it?"

The effigy -- a wetsuit adorned with womens' apparel and a blonde wig -- was hung alongside signs saying not only "Vote Trump" but "Uranium One," a reference to the real estate mogul's accusation in June that she "approved the transfer of 20 percent of America’s uranium holdings to Russia" during her tenure as Secretary of State in exchange for $145 million in donations to her non-profit foundation.

"On the most basic level, Trump’s timeline is off. Most of the donations occurred before Clinton was named secretary of state," Politifact stated. "We rate Trump’s claim Mostly False."

According to KOMO, Pitner plans to keep the effigy up and change the signs daily, despite being asked to take it down by a local priest.

Watch KOMO's report, as aired on Monday, below.