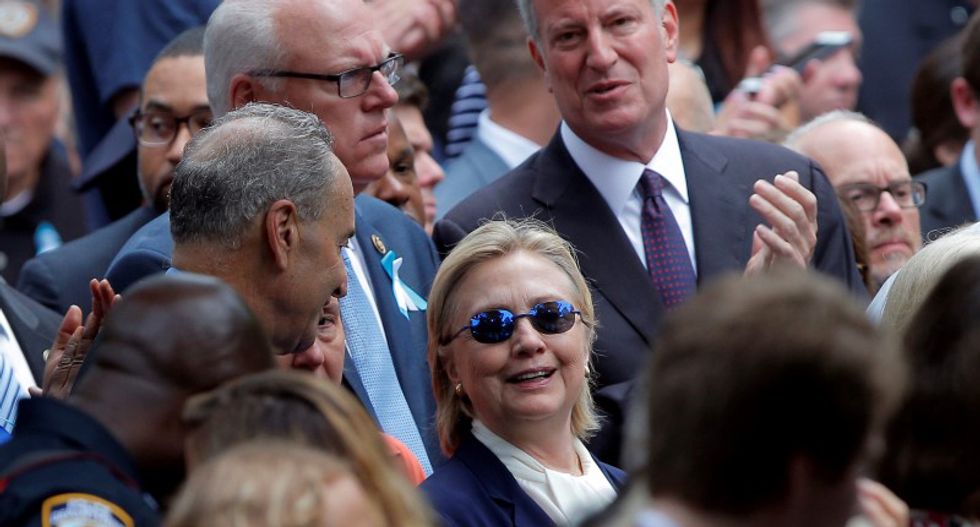 Democratic presidential candidate Hillary Clinton on Sunday became "overheated" at a Sept. 11 memorial ceremony in New York City and departed the event early, according to a campaign spokesman.

Clinton departed the event after about 90 minutes while the ceremony was underway, Merrill said. He gave no further details about her condition.

After Clinton left the event, U.S. media reported she had fallen ill.

Republican presidential candidate Donald Trump repeatedly has raised questions about Clinton's health and whether she had the energy to serve as president.

In December 2012, Clinton, 68, suffered a concussion and shortly afterward had a blood clot.

In a letter released by her doctor in July, Clinton was described as being in "excellent health" and "fit to serve" in the White House.