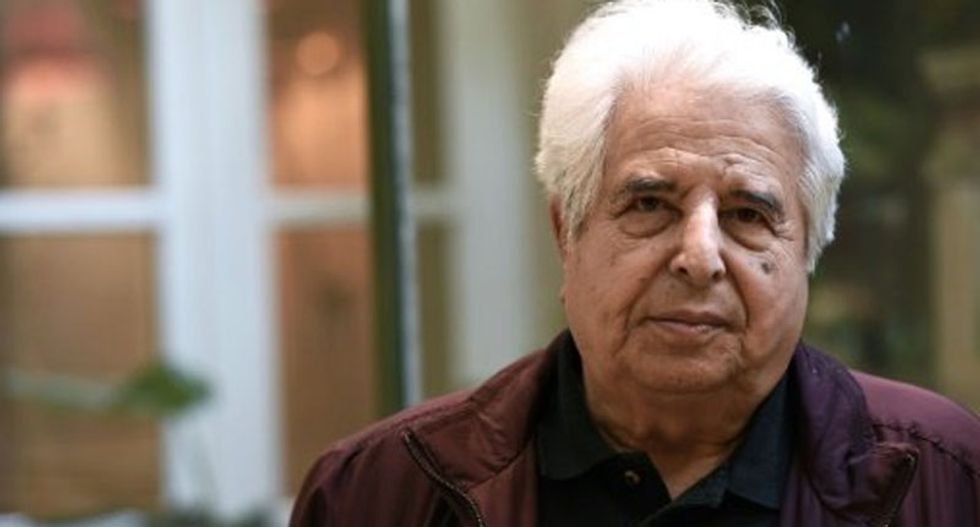 Israeli-American writer Saul Friedlander, who escaped the Nazis by being hidden in a Catholic boarding school in France, describes Trump as a "dangerous crazy" (AFP)

Pulitzer prize-winning historian Saul Friedlander, a world authority on the Holocaust, said Friday he would leave the United States if Donald Trump was elected president.

The 83-year-old Israeli-American writer, who escaped the Nazis by being hidden in a Catholic boarding school in France, described Trump as a "dangerous crazy".

He said the controversial Republican candidate could win November's election because of Hillary Clinton's "tendency to lie and to hide things".

"One cannot exclude Donald Trump winning even though he is a dangerous crazy," he told AFP.

"He says whatever comes into his mind."

Friedlander's magisterial two-volume history of Nazi Germany and the Jews charts Adolf Hitler's rise to power in a period where populism was rising across the world as it is today.

"We don't know what (Trump) thinks," said the writer, whose parents perished in Auschwitz after being handed over to the Germans by French police as they tried to escape to neutral Switzerland.

"At the same time, there is a huge swathe of Americans, mostly poor, angry whites, who dream of having him in the White House.

"He is kind of a release valve for their anger against the 'establishment' represented by Barack Obama and Hillary Clinton.

"Because she has, unfortunately, a tendency to lie and to hide things," he said, referring to her recent bout of pneumonia, which her campaign was only forced to disclose after she was seen stumbling into her car.

"Trump, by comparison, seems totally open and frank, even if he has not published his income tax returns."

Friedlander, who is based in Los Angeles, also warned of the rise of anti-Semitism and of Holocaust denial.

"Negationists are, in general, anti-Semites, and I am utterly opposed to debating with them. It gets you nowhere, they will always find a so-called detail showing that all these stories of gas chambers were a joke.

"They are obsessed by the idea that Jews could have invented the story of their extermination," said the author, whose new books, "Reflections on Nazism" and "Where Memory Leads", have just been published in France.

The historian -- who left France for Israel after World War II and worked as an assistant to former president Shimon Peres -- has been very critical of the Jewish state's treatment of the Palestinians.

"But I am also worried about the rising movement, particularly on US university campuses, questioning Israel's right to exist."

He said extremism on both sides had done "profound damage" to the chances of a Middle East peace settlement.

"I remain a supporter of a two-state solution, but my friends in Israel say that if a Palestinian state is created on the West Bank, it will be in the hands of Hamas, like Gaza. Then Israel will be surrounded by people determined to destroy it, they say.

"However, if we want to build peace, we have to halt settlement building, destroy wildcat settlements and abandon others," Friedlander said of Israeli construction on land seized during the 1967 Six Day War that the Palestinians want for a future state.

"We have to do that at least to show good faith.

"If not, we risk losing the values of justice and equality that were once at the heart of Israel and Zionism," he added.