'I'm withdrawing my support -- and it's not only me': Top Latino supporter dumps Trump on CNN 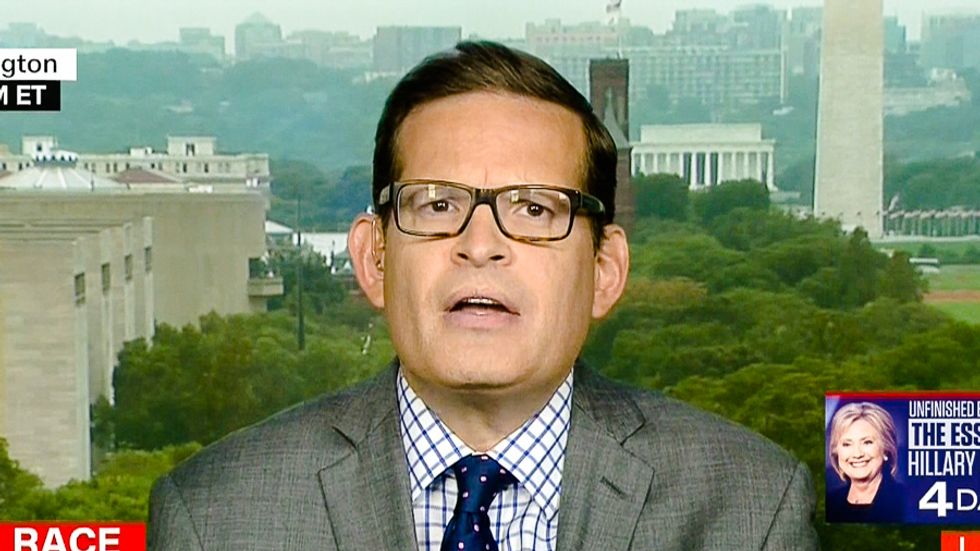 Alfonso Aguilar, the president of Latino Partnership for Conservative Principles, withdrew his support for Donald Trump on Thursday in response to the GOP nominee's major speech on immigration.

After Trump doubled down on his hardline immigration stances on Wednesday, Aguilar tweeted that he felt "disappointed and misled."

"When he became the nominee, I thought it was important to give him a second chance," Aguilar explained. "I'm terrified about Hillary Clinton. And so I decided to support him and I thought that we could work with him and the campaign to move him to the center on immigration. And the initial response was very good."

"He said he was going to treat undocumented immigrants without criminal records in a humane and compassionate way, he said he was going to soften his position," he noted. "And then we heard yesterday and I was totally disappointed, not surprised, but disappointed and likely misled. Because he gave the impression, the campaign gave the impression until yesterday morning that he was going to deal with the undocumented in a compassionate way. And in that speech, he's basically saying, we deport you or we self-deport you. It's even worse than what he initially proposed."

Later in the interview, Aguilar accused Trump of embracing the immigration the politics of Sen. Jeff Sessions (R-AL) and conservative columnist Ann Coulter.