In first US presidential debate, pressure on moderator Lester Holt 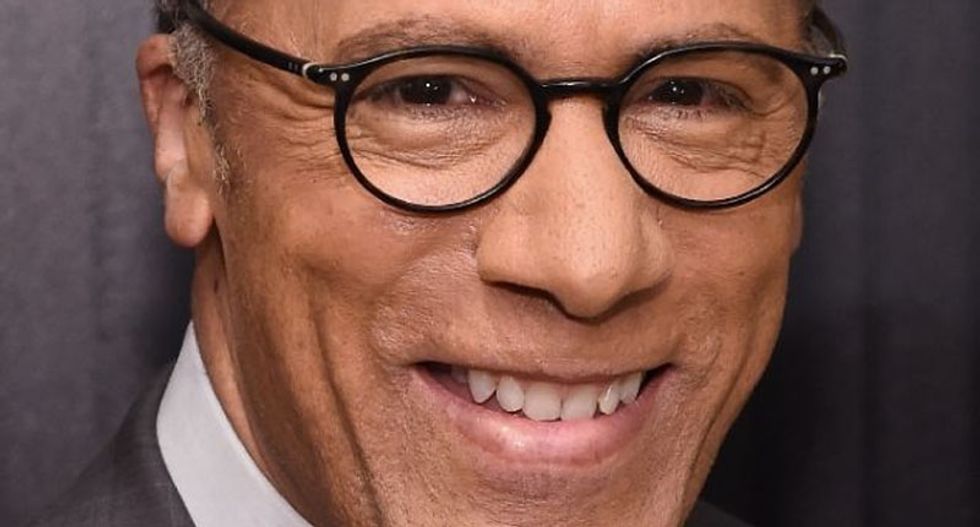 Lester Holt knows how to manage pressure. He anchors the most-watched nightly news show on US television.

But as moderator of the first presidential debate between Hillary Clinton and Donald Trump next Monday, the pressure could go through the roof.

Democrat Clinton and Republican rival Trump are waging a tightening and often sensational battle for the White House with the election less than 50 days away.

Even before the debate, Trump, who accuses much of the media of liberal bias against him, took aim at the anchor.

Holt is actually a Republican, registered as such in the state of New York -- and Trump went on to soften his stance in the days building up to his duel with Clinton.

"I have respect for Lester," Trump said of the 57-year-old African American who became the NBC Nightly News anchor in 2015. The program draws an average of eight million viewers daily.

"I think that Lester Holt is going to be very fair," the real-estate tycoon told thousands of supporters Tuesday at a rally in Kenansville, North Carolina.

"But a lot of people are going to be watching to see if that's true," he added.

The journalist, a 35-year television veteran with 16 years under his belt at NBC, has selected three topics for the debate: America's direction, achieving prosperity and securing America.

The 90-minute debate will be organized into six 15-minute segments, with two dedicated to each of the topics.

Holt will be the only person on the set with the two candidates. He has not revealed how he is preparing for the face-off, the first of three presidential debates ahead of the November 8 election.

The much-anticipated first debate is expected to draw tens of millions of American viewers. The two remaining debates, on October 9 and October 19, will be moderated by other journalists.

Holt, known for his calm and courteous manner, and a bass player in his spare time, probably will have uppermost in mind the recent flap caused by one of his NBC colleagues.

Matt Lauer, a star of the morning news show, on September 7 did separate interviews with Clinton and Trump at a live prime-time forum in New York focused on national security.

He was highly criticized, with some accusing him of being ill-prepared, or posing questions that were too easy on Trump or failing to challenge the Republican's erroneous assertions.

Trump, who declared Lauer "very professional" and "fantastic," saw the criticisms as encouraging a more aggressive approach by the moderator of the presidential debate.

"I think there's a lot of pressure on Lester," Trump told Fox News Thursday, "because of Matt Lauer."

"A lot of people are watching to see whether or not he succumbs to that pressure."

Holt, who broadcasts his show from the NBC studios at 30 Rockefeller Plaza in Manhattan, was out on the streets Saturday reporting live on the bombing attack that injured 29 people.

If he is nervous about the debate, it is well-hidden.

Tuesday night, right after his show, Holt picked up his bass and played with his band the 30 Rockers on a rooftop, celebrating the 25th anniversary of NBC's weekly newsmagazine Dateline.

Holt is also the anchor of Dateline.