'It was a draw': Morning Joe says Trump tied at forum because Clinton's answers were too 'detailed' 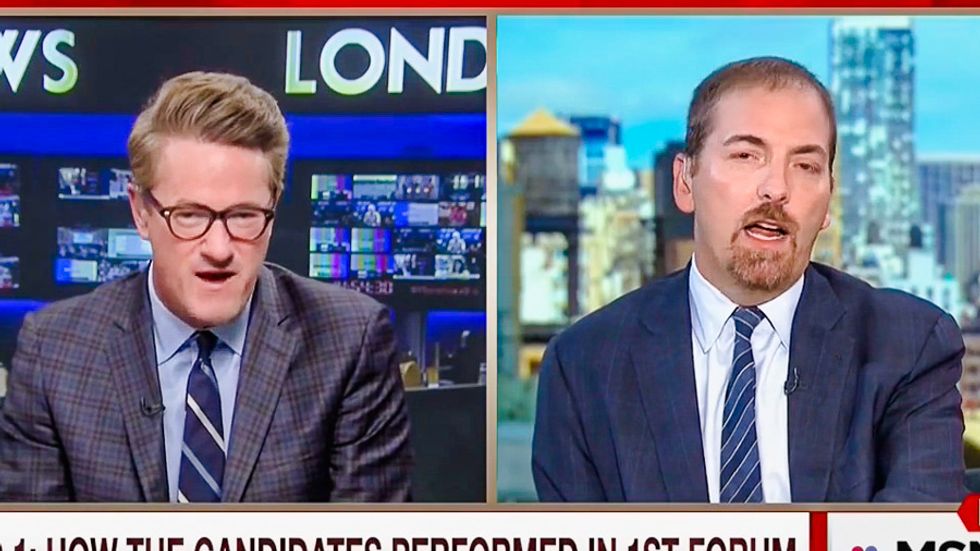 A panel on MSNBC's Morning Joe came to the conclusion on Thursday that Donald Trump and Hillary Clinton tied at the Commander-in-Chief Forum even though Trump made "eight troubling statements in 24 minutes."

"It seems to me and I think you drew the same conclusion that many of us have around the table," host Joe Scarborough told MSNBC's Chuck Todd. "Last night, really nobody was a winner. It was more of a draw."

"You've got to have the head coaches on both teams going, 'My God, we better show up more than we did last night,'" he added.

"There's no doubt," Todd agreed. "They both need better debate prep. Hers, though, is not informational. Right? Hers is stylistic, hers is also figuring out how to give an email answer that is credible and at the same time short. She gets bogged down in detail."

Even though Todd had declared the forum a tie, he seemed to be more troubled by Trump's answers.

Scarborough acknowledged that Trump's suggestion that he would replace generals who did not agree with him "would cause real problems if he did win."

"I think there are going to be people in uniform that just feel that is beyond a demeaning thing," Todd replied. "Frankly, he had an easy opportunity last night and he whiffed."

"He has not studied," Morning Joe host Mika Brzezinski observed. "He has done nothing."

"Can you imagine a foreign policy debate of 90 minutes," Todd said. "He's got a lot more homework to do."

"Well, it's impossible at this point," Brzezinski concluded.