'It was started basically as a scam': Thom Hartmann scorches the Libertarian Party 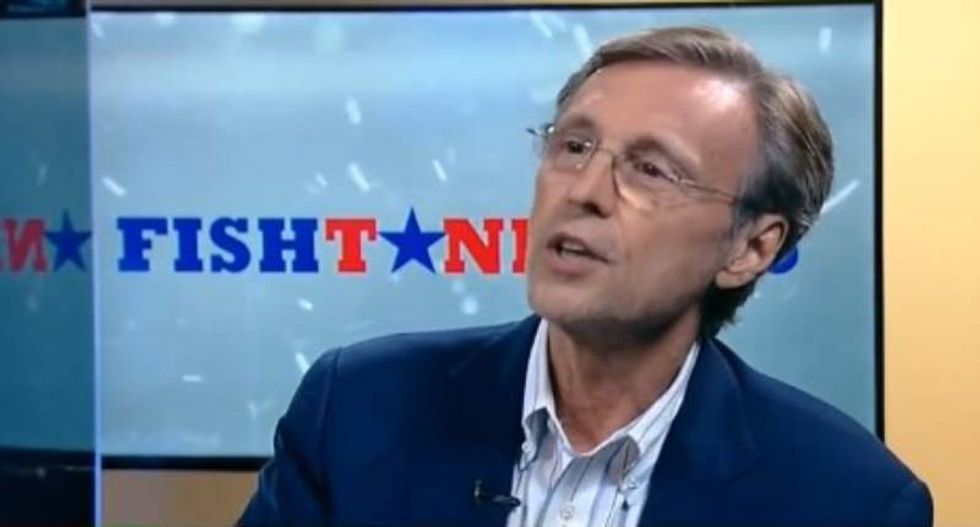 According to Thom Hartmann, not at all.

"The Libertarian Party was started basically as a scam, as a front group for big business in the United States and very wealthy people," Hartmann begins, "and, you know, big business doesn't care if gay people get married, they don't care if people smoke pot. They'll give you the social issues, but... the bottom line for the Libertarian Party on every issue—whether it's Medicare, Social Security, public roads...—[is] let's privatize [them or]... do away [with them]."

Hartmann gives some examples of where billionaire libertarians would say, "Let's privatize all the public roads, let's do away with public libraries, let's take any kind of function the government can do for the public good" and make it work for selfish reasons. "The idea is, there is no such thing as the public good; there's only the good for us billionaires, and so if we can't figure out a way to make a buck out of something, then then we shouldn't do it," Hartmann says.

When asked if he thinks that libertarians honestly don't believe in the key principles libertarians are said to hold about being fiscally conservative and socially liberal, Hartmann's answer is brutally on point:

"I think there are probably some libertarians who don't understand the history of the Libertarian Party or, you know, are basically functionally useful idiots for billionaires like the Koch brothers."

Hartmann then claimed the libertarians were simply setting up a straw man and knocking it over:

"You can dress it up in fancy language all day long and say, 'Hey, you know, I'm responsible for all of this, everything I've accomplished, it's mine, my body,' but the reality is you wouldn't be here if it wasn't for public roads or public schools or public education or making sure that your food is safe and your drugs aren't killing you and things like that... all the things libertarians oppose."

Hartmann also noted that privatization of public roads was in David Koch's 1980 libertarian platform and that the billionaire's comments can be found on Bernie Sanders' website.