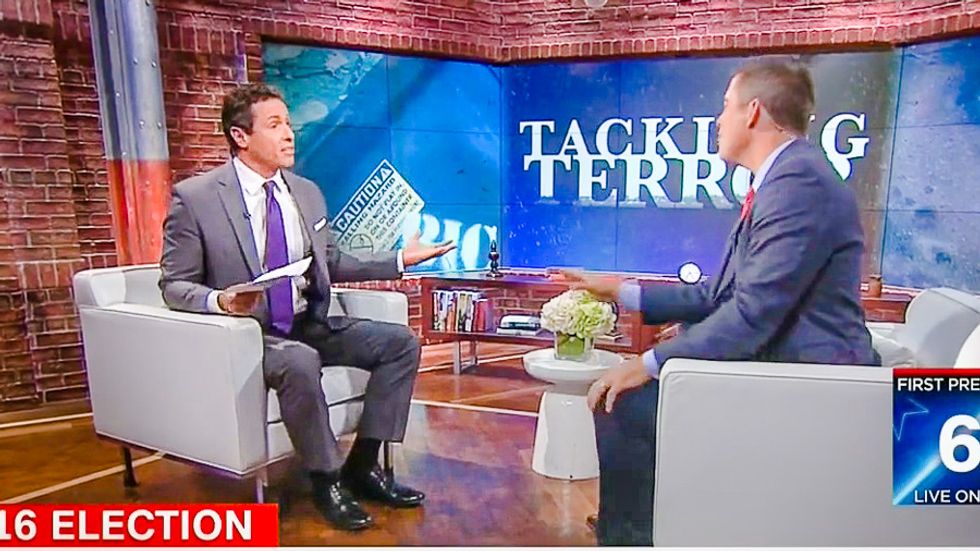 A meme posted to Twitter by Trump Jr. this week asked the question: "If I had a bowl of skittles and I told you just three would kill you, would you take a handful?"

During an interview with Donald Trump surrogate Sean Duffy on Monday, CNN's Cuomo pointed out that vetting for Syrian refugees "was better than the vetting we do for any other part of the system."

"The problem is it's also BS," Cuomo declared. "The numbers aren't anything like that. The risk is like one in over 3 billion... You're dehumanizing these refugees. That's not what America is about."

For his part, Duffy argued that "it makes sense to take a pause" by banning people from Muslim areas of the world.

"If I can't guarantee that you're going to want to live the American dream, you're not going to hurt my citizens, why do I let you in?" Duffy opined.