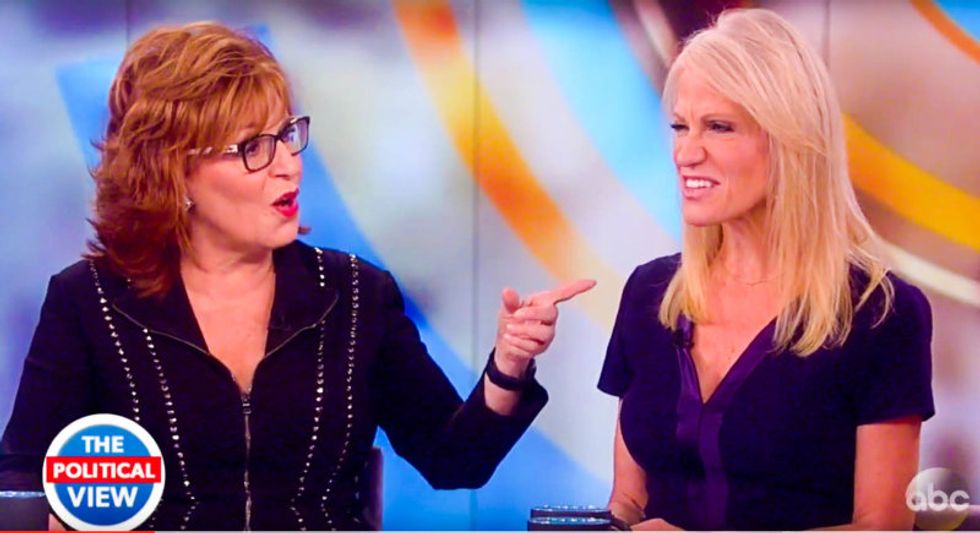 Trump campaign manager Kellyanne Conway wasn't given many softballs during her interview on The View on Thursday.

In particular, co-host Whoopi Goldberg got into a heated exchange over why Trump hasn't released his tax returns yet.

"Where are his damn tax returns?" she demanded, to applause from the audience. "What is Donald Trump hiding by not releasing that information?... I want to know since every other president has had to do it, where are the tax returns?"

Conway tried to say that he hadn't released them because he was being audited by the IRS, but Goldberg cut her right off.

Conway then rolled out Standard Excuse No. 2: That Americans don't really care what is in his tax returns.

"Everyone in America wants to know what their tax return will look like under a President Trump and a President Clinton," she said.

Goldberg again wouldn't have it.

"What is he hiding?" she asked.

"He's not hiding anything!" Conway insisted.

Conway was then asked to comment on Kurt Eichenwald's big story about a Trump-owned company that violated the United States trade embargo against Cuba in the 1990s. Conway's explanation for this was so bad that Eichenwald himself wrote after watching it that "she just unknowingly confessed that Trump broke" trade embargo law.