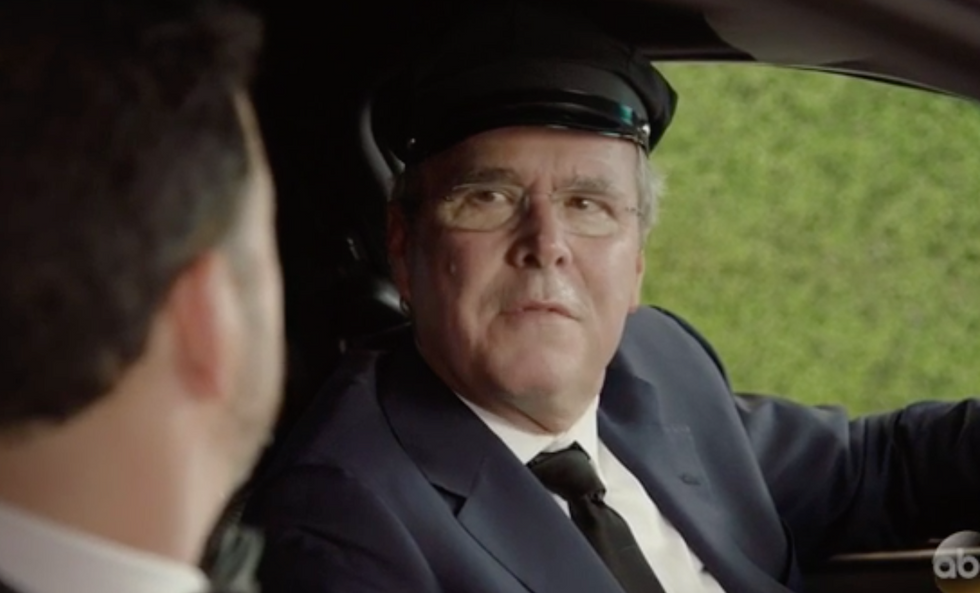 Bush said that he's currently "in between jobs" and that his Uber gig pays twelve dollars an hour. When Kimmel said he needed to get to the Emmys, Bush asked, "Are you nominated?"

The former Republican candidate urged Kimmel that if he wants to win, "Here's what I know. If you run a positive campaign, the voters ultimately will make the right choice."

"You know it's funny you say that...," Kimmel began before Bush cut him off.

"Jimmy, that was a joke," he deadpanned. "Get out of the car. And shave that wig off your face, you godless Hollywood hippie."

He then floored the accelerator and peeled out, revealing a "Jeb! 2020" sticker on his car bumper.