John Oliver: Wells Fargo scam is like a Russian doll where 'the last doll is giving you the finger' 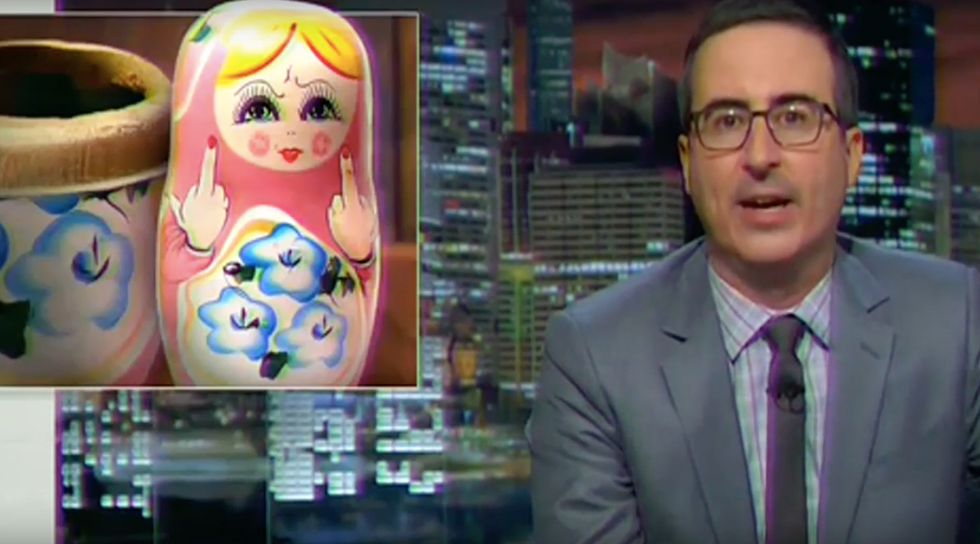 John Oliver tore into Wells Fargo bank on Sunday's Last Week Tonight and blasted the giant corporation's phony account scandal which has resulted in the resignation of CEO John Stumpf from the Federal Reserve board.

"Hidden fees are bad enough," he said, "without being hidden inside hidden accounts with hidden PIN numbers made with hidden email addresses. Because that's like a Russian nesting doll where the last doll is giving you the middle finger."

In his hearing before the Senate Banking Committee, Stumpf produced a series of meandering answers that seemed designed to prove he has no idea how his company runs.

"Oh, come on" Oliver said. "If he was going to play that dumb, he should have showed up with his shoes on his hands and a Stone Cold Steve Austin T-shirt. Then it would have made sense."