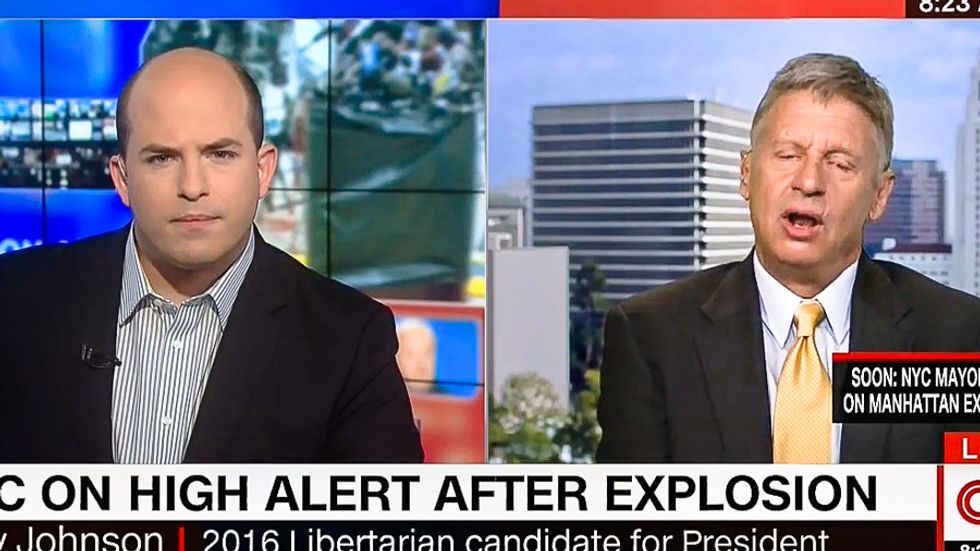 Libertarian Party presidential nominee Gary Johnson stated over the weekend that he was "just grateful that nobody got hurt" by an explosion that injured 29 people in New York City's Chelsea neighborhood.

During a Sunday interview on CNN, host Brian Stelter asked the candidate to respond to the explosion that left 29 people injured Saturday night.

"First of all, [I'm] just grateful that nobody got hurt," Johnson stated. "Secondly, law enforcement is on the scene, responders are on the scene. If there's anything I learned having been governor of New Mexico for eight years is that these people really do care, they are really qualified."

"Look, we're going to find out who is responsible," he promised. "Whether it's an individual or a group, they will be brought to justice. And that is something that all of us demand. All of us!"

Johnson recently became the target of mockery after he admitted on MSNBC that he was not familiar with Aleppo, the city at the center of the refugee crisis in Syria.