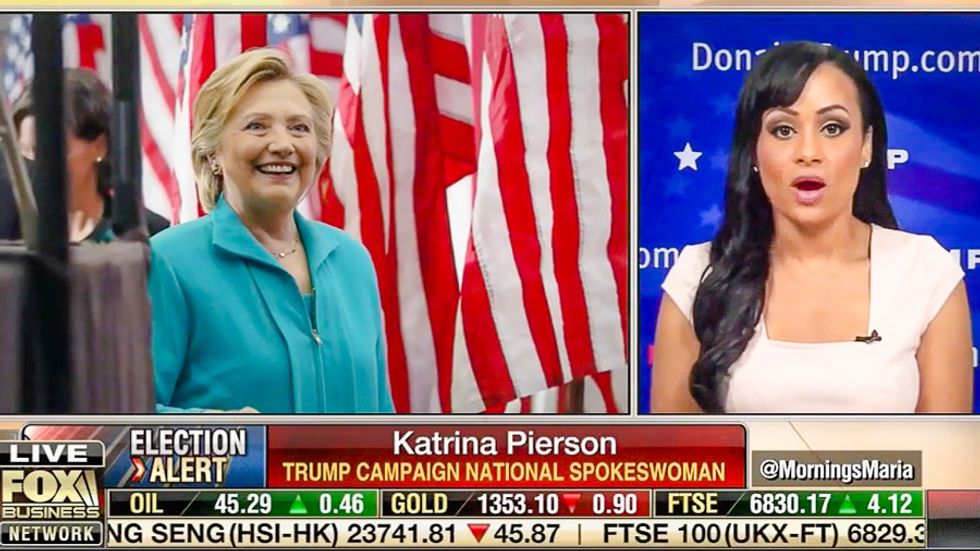 In an editorial published this week, The Dallas Morning News argued that Hillary Clinton was the only "serious candidate on the presidential ballot in November."

"This newspaper has not recommended a Democrat for the nation's highest office since before World War II — if you're counting, that's more than 75 years and nearly 20 elections," the editorial board noted. "We've been critical of Clinton's handling of certain issues in the past. But unlike Donald Trump, Hillary Clinton has experience in actual governance, a record of service and a willingness to delve into real policy."

Trump's values are hostile to conservatism. He plays on fear — exploiting base instincts of xenophobia, racism and misogyny — to bring out the worst in all of us, rather than the best. His serial shifts on fundamental issues reveal an astounding absence of preparedness. And his improvisational insults and midnight tweets exhibit a dangerous lack of judgment and impulse control.

After nearly four decades in the public spotlight, 25 of them on the national stage, Clinton is a known quantity. For all her warts, she is the candidate more likely to keep our nation safe, to protect American ideals and to work across the aisle to uphold the vital domestic institutions that rely on a competent, experienced president.

On Wednesday, Fox Business host Maria Bartiromo asked Pierson what the campaign was going to do about the paper's endorsement.

"Well, nothing," Pierson shrugged. "We just acknowledge that The Dallas Morning News is a liberal paper."

"The reason why they have supported Republicans is because that's the establishment in the state of Texas," she added. "And this is just an effort to continue to try to turn Texas blue. And it's just not going to work."

Watch the video below from Fox Business News, broadcast Sept. 7, 2106.