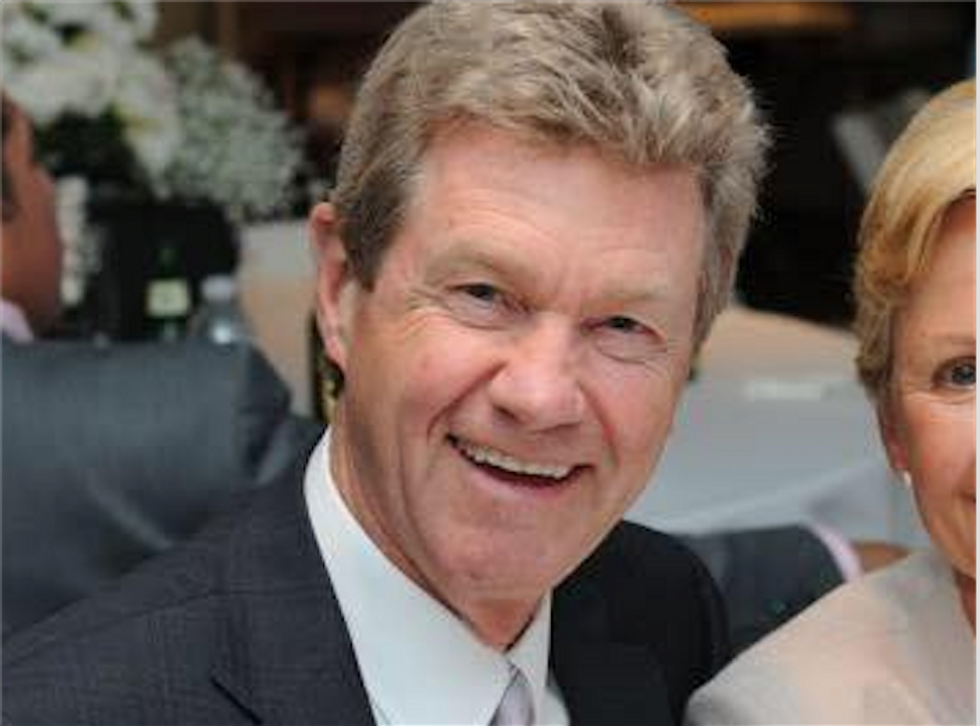 A Lexington, KY judge and former Republican state legislator told a Christian group earlier this month that he believes "gay marriage" is an "oxymoron" like "jumbo shrimp" or a "magnificent chihuahua."

Speaking to the Francis Asbury Society -- a Christian ministry group that hosts weekly anti-same-sex marriage seminars titled "Marriage Matters" -- Judge Philpot said that he "loves homosexuals," but that marriages other than those between a heterosexual man and a heterosexual woman are "sterile" couplings that are ultimately "just entertainment."

At the Sep. 8 gathering, Philpot -- who faced corruption charges in 2004 -- went on to say that the legalization of same-sex marriage in Kentucky is "pretty close to insane" and now "there is no question that polygamy is on the way.”

The former Republican state senator said in a video posted to the Asbury society's website that the normalization of same-sex marriage is harmful and confusing to children.

The Courier-Journal spoke to Fairness Campaign director Chris Hartman, who said the judge "clearly has a fundamental misunderstanding of what it means to be LGBT, chalking it up to some arbitrary choice children must make. Personally, I would never want Mr. Philpot making decisions about my family, given the fact he has deep disrespect for LGBT people and their families.”

Many of Philpot's colleagues say he has never shown any bias in the courtroom for or against same-sex couples. When the Courier reached him by phone in Ireland where he is vacationing with his family, Philpot said, "(I)n 13 years as a judge, you will be hard-pressed to find even one complaint about me on this issue.”

Attorneys Ross Ewing and Keith Elsten both told the newspaper that Philpot has always ruled fairly. Elsten said that he has represented same-sex couples in Philpot's courtroom and never saw evidence of bias in his rulings.

Elsten said the judge would ask “a few more questions of gay and lesbian clients than he asks to some of the straight clients I have had.” However, he said, none of them were “out of bounds or appear to reflect his personal biases.”

The lawyer said he finds the judge's remarks concerning, but Esten figures "he has a right to say whatever he wants to say.”

During his 25-minute talk to a Marriage Matters meeting, Philpot said that same-sex marriage is "really very illogical...kind of like a dog show I was watching a few years ago where the announcer said that was a magnificent Chihuahua. Those words don’t make sense to me.”

The impact of the legalization of same-sex marriage in this country, Philpot said, "really hit me like a ton of bricks" when he was standing in a Starbucks.

"There was a man there, probably 45 years old. He had his arm around a young man who was about 20, and I would say there was a 90 percent chance it was just a father and son, but I had this moment when I thought, 'Hmmm, I wonder what’s going on.' They’re getting a little too close. They are making me uncomfortable.”

Philpot resents the use of the rainbow -- "one of the Bible's greatest symbols" -- to symbolize LGBT rights.

“I’m gonna put one on the back of my car because I’m not going to let them steal it,” he said. “I’m gonna take it back. I’m gonna drive around town with my rainbow and my 8-pound shorky -- a Shih Tzu and a Yorkshire terrier mix -- and let them think what they want.”

Other remarks from the meeting included:

"For anyone who describes themselves as gay or lesbian I have discovered a phenomenal love for them that I didn’t have back in the old days. … I think it’s because I’ve had so much contact with them."

"I have no problem with people not getting marriages license at all, if they make a commitment to ... marry in a public setting in front of God. Whether they get a marriage license from the Fayette County Clerk is pretty much irrelevant, I think, in the eyes of God. I can’t imagine God caring what the clerk of Fayette County thinks about anything.”

In 2004, the Associated Press reported, Philpot failed to recuse himself from presiding over the divorce case of a donor to his campaign for state senator. The ethics case went before the Kentucky Supreme Court, which ultimately ruled that Philpot could remain on the bench.

In June, Philpot released his first novel, Judge Z: Irretrievably Broken, which is a "pro-marriage" parable that explores "the social costs of divorce, babies born out of wedlock and children growing up in unstable homes." The work, he said, is based on cases he has seen in his work as a family judge.

“The main tragedy is that straight people don’t want to get married anymore,” he said. “Social norms have totally changed. Marriage doesn’t mean anything anymore.”