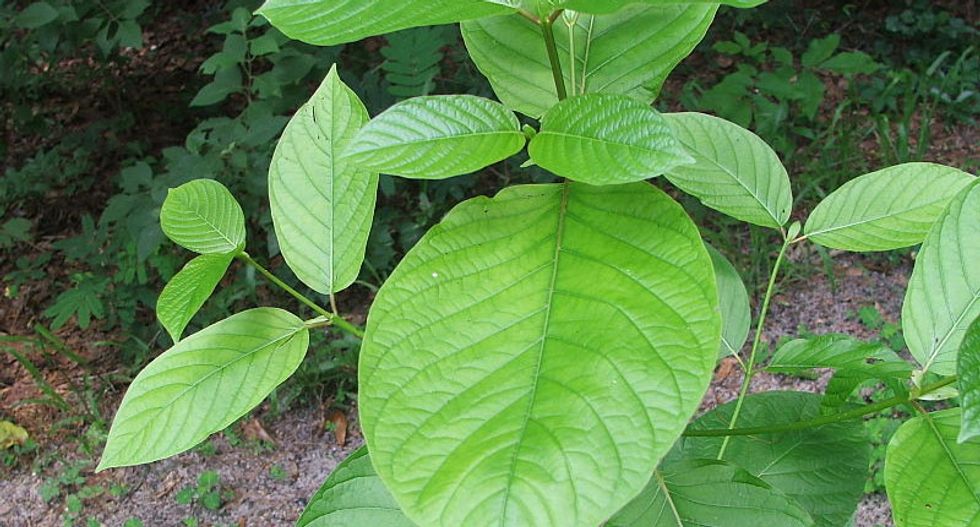 On August 30, the DEA announced an “emergency scheduling” to classify kratom, a long-established folk remedy originating in Southeast Asia, as a Schedule I drug, the most restrictive category. It would thereby become a crime to possess the plant, and prohibitively difficult to secure federal funds to research it.

A bipartisan coalition of nearly 50 members of Congress is calling on the DEA to delay the ban; 28 democrats and 21 Republicans sent a letter to DEA administrator Charles Rosenberg.

But unless a postponement is secured, the ban will take effect on September 30.

Emergency scheduling, meant to apply in the case of an “imminent hazard to public safety,” allows the DEA to act immediately, without considering input from scientists. The DEA only gave 30 days’ notice of the scheduling, even though it is allowed to take longer; little information appears to have been gathered from scientists (not to mention kratom users themselves) about the plant’s risks and benefits.

If the ban is implemented, according to Susan Ash, director of the American Kratom Association, it will be the first time the DEA has set an emergency scheduling for a plant.

“We need an overhaul of the federal drug scheduling system,” says Grant Smith, deputy director of national affairs at the Drug Policy Alliance (DPA). “It should be guided by science, not law enforcement.”

Kratom, he says, provides an “opportunity for lawmakers to turn away from failed drug prohibition strategies.”

Instead, the agency is digging in further.

The scheduling will mean long prison sentences for anyone caught with the herb—which will, says Jag Davies, DPA’s director of communications strategy, “inevitably have a disproportionate effect on communities of color and other marginalized communities.”

The ban will also halt scientific research being done on the plant, including on its growing use as a replacement therapy for opioid addiction. People also use the herb to treat pain, symptoms of PTSD and other medical issues. The block on research will neatly make it harder to disprove the DEA’s determination that kratom has “no medical benefit.”

Andrew Turner, a former US Navy Petty Officer who was medically discharged due to combat-related disability, suffered from chronic pain in his hands and wrists due to dealing with a violent detainee; he also had disabling PTSD and anxiety issues related to his deployment to Guantanamo Bay.

About two years ago, he was dealing with what doctors told him was “Meige Syndrome” related to PTSD, and possibly the medications he was prescribed. He could barely talk due due to stuttering, he says, and his head jerked around, causing him to look like “a bobblehead.”

His doctor thought he should look into natural remedies, but because he was a federal doctor he could not recommend or prescribe any. So Turner looked into it himself, and ordered kratom online. After taking it over the past 18 months, he says he no longer suffers from the “cluster headaches, or the general pain and fatigue that my life had become for so long.”

Thanks to a teaspoon of kratom every morning, he says, “I’ve gotten my life back.” But if the ban is carried out in three days, he has “no faith I’ll be able to keep the quality of life. I and many veterans will lose great strides we have made.”

Turner says he knows that kratom is not “a miracle or a silver bullet,” but that “it helped.” And, “with over 20 veterans taking their lives every day, we cannot afford to lose access to something is working for many with chronic pain and PTSD.”

Unfortunately, Davies says, “many news reports have said the DEA is imposing ‘strict regulations.’ But prohibition is the opposite of strict regulation, since it completely abdicates regulation to the illicit market.”

And we do need regulation—like accurate labeling, and marketing and display rules.

“We need a post-prohibition drug scheduling procedure,” says Davies. “It makes no sense for the DEA to be in charge of federal decisions concerning science—especially when its directors have systematically abused their powers.”

The case to removed scheduling powers from the DEA and transfer them to a health and science agency is clear.

In the meantime, there’s no good reason for people who use kratom to be considered felons.