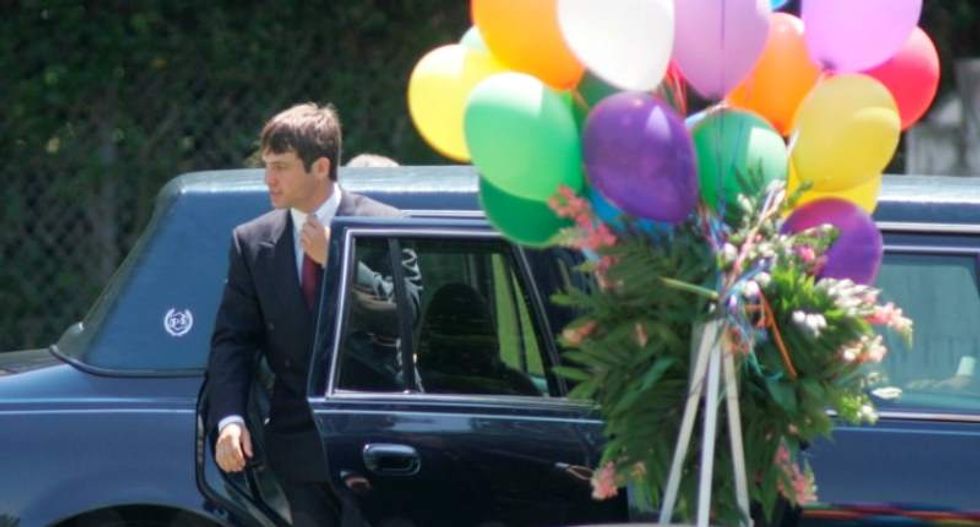 The lawyer for the family of slain child beauty queen JonBenet Ramsey denounced a CBS documentary theorizing she was killed by her brother, Burke, as a "false and unprofessional television attack" and threatened to sue the network for libel.

L. Lin Wood, an Atlanta attorney who said he had successfully other media outlets over similar accusations against Burke Ramsey, branded the program as a broadcast riddled with “lies, misrepresentations, distortions and omissions.”

“I will be filing a lawsuit on behalf of Burke Ramsey,” Wood told Reuters in a telephone interview. “CBS' false and unprofessional attacks on this young man are disgusting and revolting.”

The network responded to Wood with a terse statement: “CBS stands by the broadcast and will do so in court.”

The two-part, four-hour program aired amid a wave of media coverage surrounding the 20th anniversary of the JonBenet Ramsey case, one of the most sensational unsolved murders in the annals of American crime.

The body of the blond, blue-eyed girl, who had been beaten and strangled, was found in the basement of her parents’ Boulder, Colorado, home on Dec. 26, 1996, hours after her parents reported the 6-year-old child missing and a ransom note left in the house.

No one has been charged with her murder. A grand jury voted in 1999 to indict the parents, John and Patsy Ramsey, but then-District Attorney Alex Hunter declined to file charges, citing a lack of evidence.

In the conclusion of the CBS show that aired on Monday, a panel of experts said it was its opinion that Burke Ramsey, who was 9 at the time of the homicide, struck his sister in the head with a heavy object, perhaps not intending to kill her.

The girl’s parents then staged a crime scene to make it appear that an intruder was the culprit, the group of law enforcement, forensic pathologists and other experts concluded.

In a recent interview on the “Dr. Phil” talk show, Burke Ramsey, now 29, denied that he harmed his sister, and said he suspected a pedophile who stalked child beauty pageants was the killer.

Wood said a written disclaimer that CBS aired with its show, saying the opinions “represent just some of a number of possible scenarios,” did not go far enough.