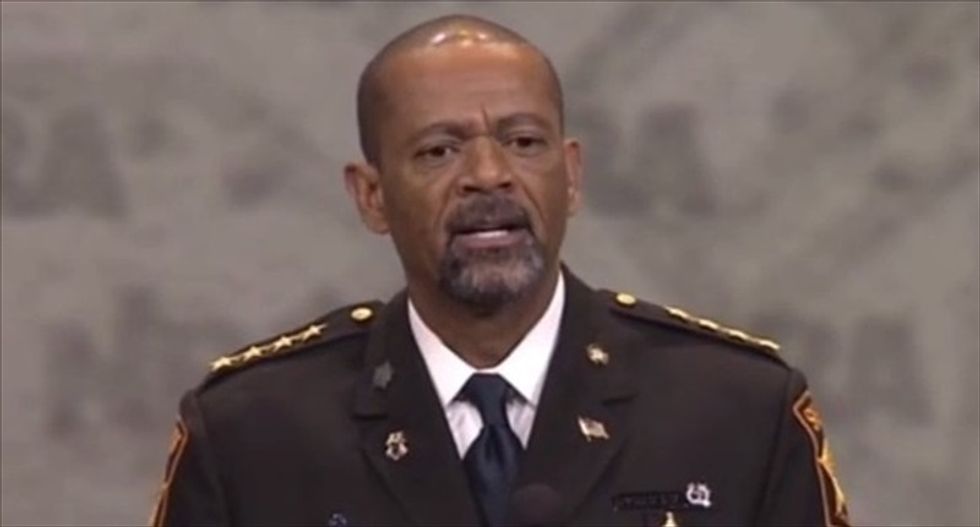 38-year-old Terrill Thomas was arrested in connection to a shooting and taken to Milwaukee County Jail. Nine days later, he was dead of dehydration. His death has been ruled homicide.

According to inmates, guards allegedly deprived Thomas of water for six days, reported the Journal Sentinel. “If something happens to that man, it’s your fault,” one of the inmates reportedly told guards.

Milwaukee County Jail is under the jurisdiction of Milwaukee Sheriff David A. Clarke, a star in conservative circles after delivering a rousing speech at the Republican National Convention earlier this summer.

Sheriff Clarke is a Trump supporter who came to national attention during the August riots in Milwaukee, when he denigrated the Black Lives Matter movement. Clarke frequently talks about “law and order” and often denigrates “black cultural dysfunction.” How about the dysfunction of letting a man die of thirst while in the care of the state?

The ruling of homicide does not necessarily mean that charges will be brought against anyone and Clarke’s office is predictably silent.

“No one should ever die of dehydration. It just should never happen,” Erik J. Heipt, a lawyer for the Thomas family, told The Huffington Post.

Pope Emeritus Benedict XVI has admitted that he made a false statement during an investigation into child sexual abuse in the German Catholic Church that accused several current and former priests of misconduct.

In a statement released via his private secretary Georg Gänswein on Monday, Benedict admitted that he had taken part in a meeting in 1980 at which a priest was discussed who had abused boys in the diocese of Essen in western Germany and was being transferred to Bavaria.