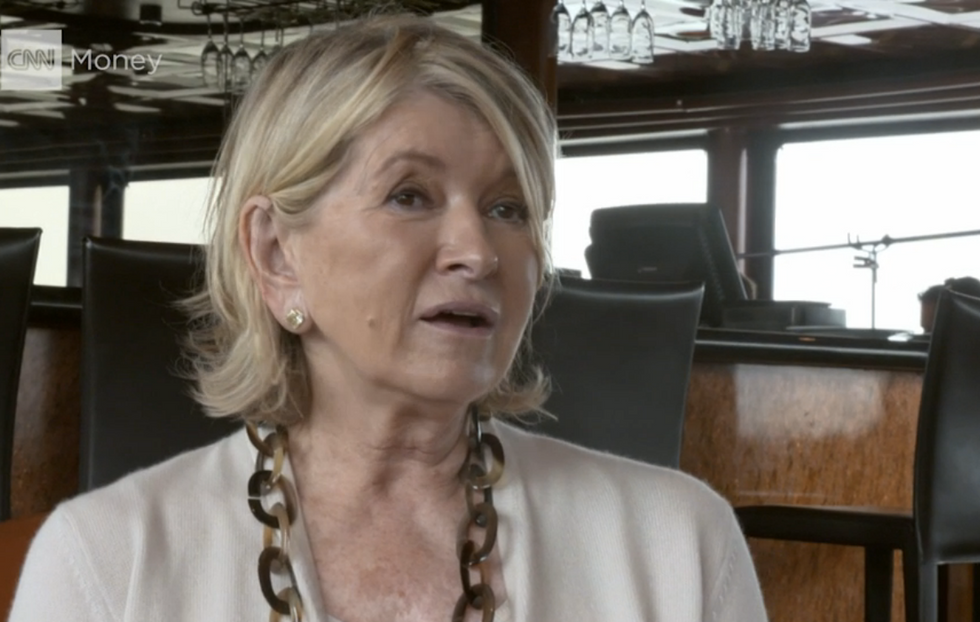 Author, former CEO and TV personality Martha Stewart said on Sunday that Republican presidential nominee Donald Trump is "totally unprepared" for the job of president and declared that she will be voting for Hillary Clinton in November.

"There is so much to know and so much to learn and so much diplomacy and kindness and introspection that goes with that kind of job," Stewart said of the presidency. "And it does not exist in the world of Donald Trump."

"This is the most important election of the last hundred years," she said. "We have to be very certain that we elect a person who has experience, knowledge, a base of education in the world of world politics as well as domestic politics and so obviously I'm voting for Hillary Clinton. And we just can't have a country run by someone who is totally unprepared for what comes."

Stewart and Trump partnered for her spinoff version of The Apprentice, but fell out over time. Trump insisted on running both his show and Martha Stewart: The Apprentice during the same TV season, diluting the brand and diminishing the impact of Stewart's show.

When Stewart went public with her grievances in a 2006 interview, Trump fired off an angry letter to her in which he said, "Your performance was terrible in that the show lacked mood, temperament and just about everything a show needs for success. I knew it would fail as soon as I first saw it -- and your low ratings bore me out."

Stewart was appalled and issued a statement in which she said the letter was "so mean-spirited and reckless that I almost can't believe my longtime friend Donald Trump wrote it."