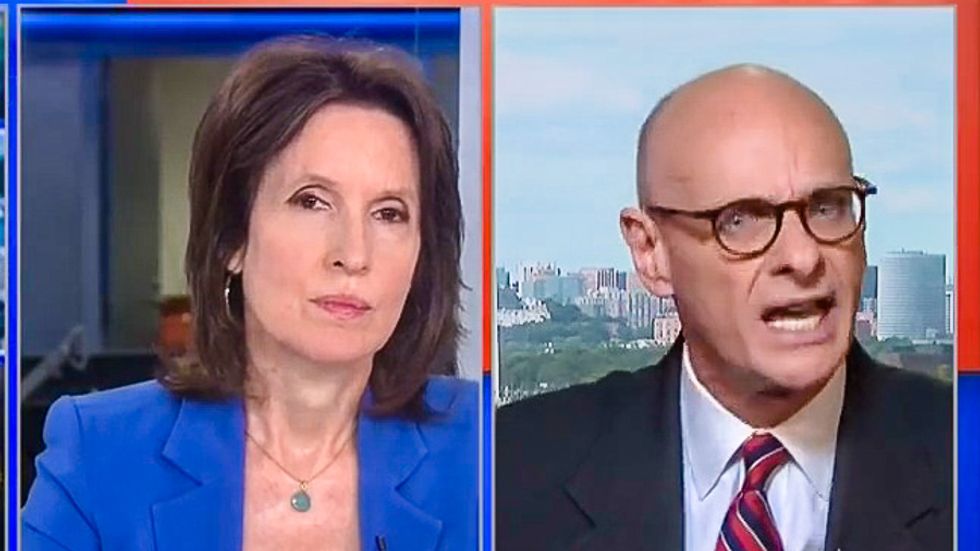 At last week's Commander-in-Chief Forum in New York City, Lauer spent over a third of his time with Clinton on her use of a private email server. But he then let Donald Trump off with softer questions, and even failed to fact check the claim that Trump had been against the war in Iraq from the beginning.

On Sunday's edition of Reliable Sources, CNN contributor Tara Setmayer pointed out that Trump's "tactic" of constantly lying meant that debate moderators would have to be ready to correct him for the sake of their audiences.

"You never want the moderators to be the story," she explained. "But it looks as though that's going to be the case, and that could also be something that Donald Trump wants."

Zurawik agreed that moderators had a responsibility to fact check "egregious" claims like Trump's insistence that he had always been against the Iraq war.

"You cannot let it pass," Zurawik said. "And I think if you had someone with better journalistic chops sitting in that chair everything in their brain would have went, 'Red alert, we have to correct this right now.'"

In the end, Zurawik agreed that NBC and its producers deserved more of the blame than Lauer.

"This is NBC, once again, tilting in the direction of show business instead of journalism on events like this," he opined. "They had Chuck Todd, they had Andrea Mitchell, they had two outstanding journalists, who I can't imagine would have let that pass. They were not in that chair because they had somebody that was better in a showbiz sense."

Katrina vanden Heuvel, editor and publisher of The Nation, called the forum a "master class in how not to hold candidates accountable."

Instead of a Commander-in-Chief Forum, vanden Heuvel said that she would have preferred a forum "about how to bring peace to this world."