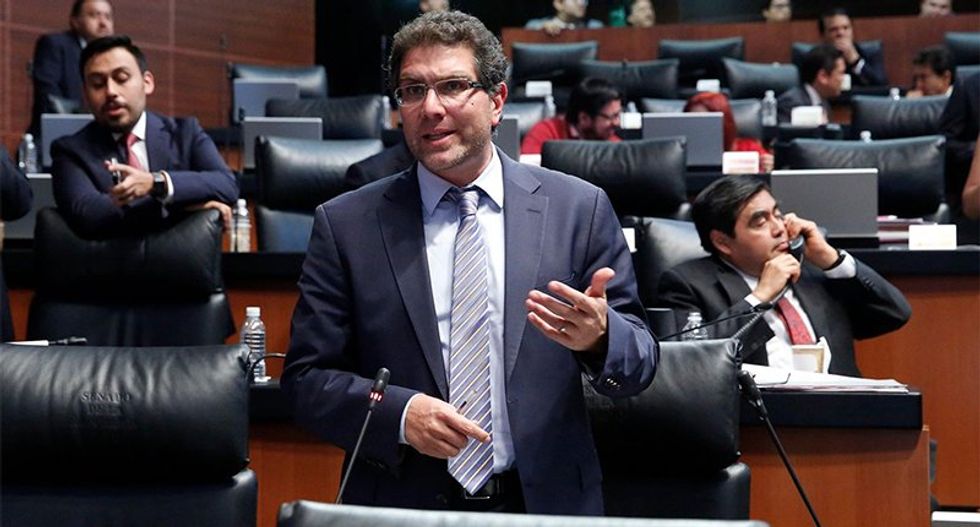 While Republican presidential candidate Donald Trump might have taken a victory lap after his meeting with Mexican President Enrique Peña Nieto, those south of the U.S. border are not.

Finance Minister Luis Videgaray resigned Wednesday, after backlash from the invitation to Trump to meet with Peña Nieto. Now, Mexican Senator Armando Rios Piter is proposing legislation that could put Mexico in conflict with the United States.

“It was a historic error for our president to invite a person like that to our country. [Mr Trump] used us as a campaign tool,” the senator told the Telegraph.

In the past, Trump has threatened to cancel the North American Free Trade Agreement (NAFTA), claiming it was bad policy that hurt the U.S. manufacturing industry. If Trump were to do this, however, Piter's bill would trigger a review and possible cancelation of all of the bilateral agreements between Mexico and the U.S.

The bill Piter is proposing would specifically cancel the 1848 Treaty of Guadalupe Hidalgo, which ended the Mexican-American War and ceded Texas and California as well as parts of Arizona, Colorado, New Mexico, Nevada, Utah and Wyoming to the U.S. if Trump cancels NAFTA.

“The goal is to foresee and prevent any negative effects on Mexico if Trump becomes president of the United States,” he said.

Another portion of the bill would require that Mexico retaliate if a "President Trump" were to specifically target Mexicans living in the US in any way economically. This is a reference to previous statements Trump has made that he would block remittance payments to Mexico if the country didn't voluntarily pay for "the wall." The retaliation would likely be in the form of a similar tax on the more than one million Americans who are currently living in Mexico.

He explained that he wants the U.S. to understand there is a lot to lose if they intend to attack Mexico. Furthermore, if Trump attacks Sen. Piter personally, he isn't concerned, because "As a Mexican, I already feel attacked and outraged at Trump. That’s why we have to act."

“We can’t take a partisan view of this,” says Sen. Piter. “All parties in the senate are in agreement that Mexico needs to stand up for itself and strengthen its relationship with the United States. We want to shut Trump’s mouth, which has been spewing this hateful speech.”

He hopes the bill will come to the floor this week.