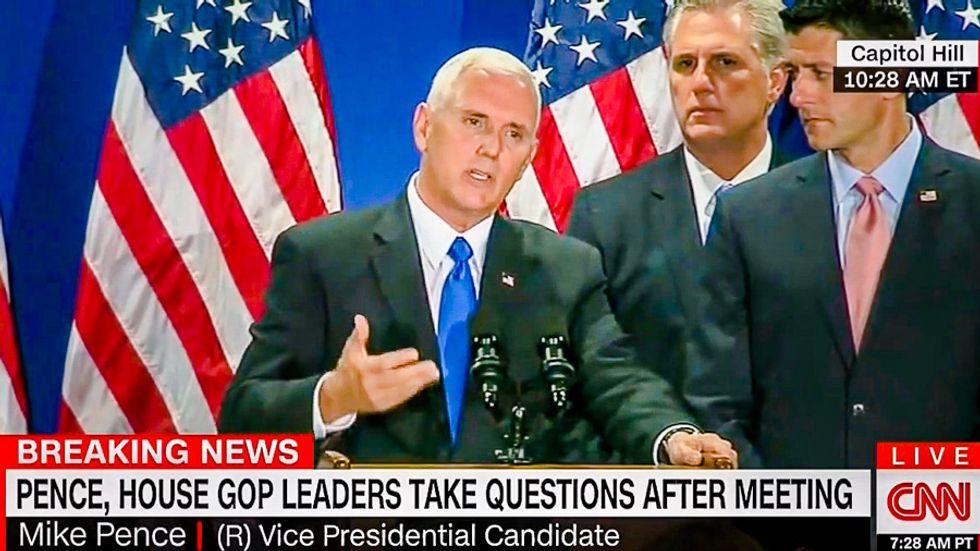 During an interview with CNN on Monday, Pence said that Donald Trump's campaign had repeatedly "denounced" Duke, but he refused to call the former KKK leader "deplorable," a word that Hillary Clinton has used to describe Trump supporters.

Pence was asked the question again on Tuesday at a press conference with House Speaker Paul Ryan (R-WI).

"For all the world, I have no idea why this man keeps coming up," Pence opined. "Donald Trump and I have denounced David Duke repeatedly. We have said that we do not want his support and we do not want the support of people who think like him."

"This simple fact is that I'm not in the name calling business," the Indiana governor added. "I believe that civility is essential in a vibrant democracy and it's just never been my practice."

"But I'm also not going to validate the language that Hillary Clinton used to describe the American people."