Oh snap: Megyn Kelly hopes Trump will 'speak to the journalists in this room' after Sean Hannity 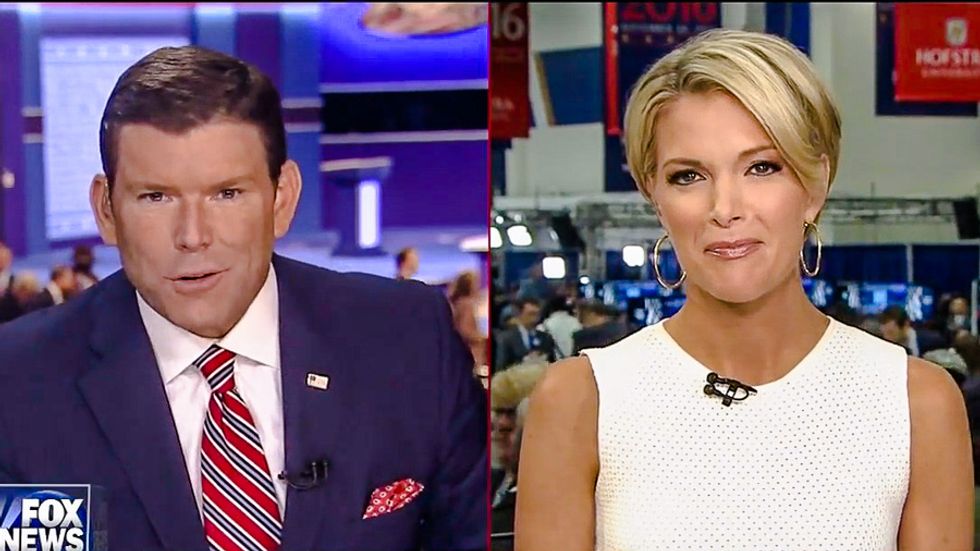 Fox News host Megyn Kelly may have taken a shot at her colleague Sean Hannity following Monday night's debate when she subtly pointed out that his interview with Donald Trump was not being done by a "journalist."

During the debate at Hofstra University, Trump had cited Hannity as the single person who could vouch for his opposition to the Iraq war. And then after leaving the stage, the Republican candidate made Hannity his first stop in the debate's Spin Room.

Because Fox News normally follows debates with at least half an hour of coverage from their news team, Kelly may have been a little unhappy about tossing to Hannity.

"We've got Trump speaking to our own Sean Hannity," she explained. "We'll see if he speaks to the journalists in this room after that interview."

After the Hannity segment, which appeared to be more of an orchestrated defense of Trump's debate performance than an interview, Kelly once again picked up the coverage.

She noted that Trump had made a practice of showing up in the Spin Room during Republican Party primary debates, and added, "But [that's] something that I don't think we've ever seen from a general election presidential debate."