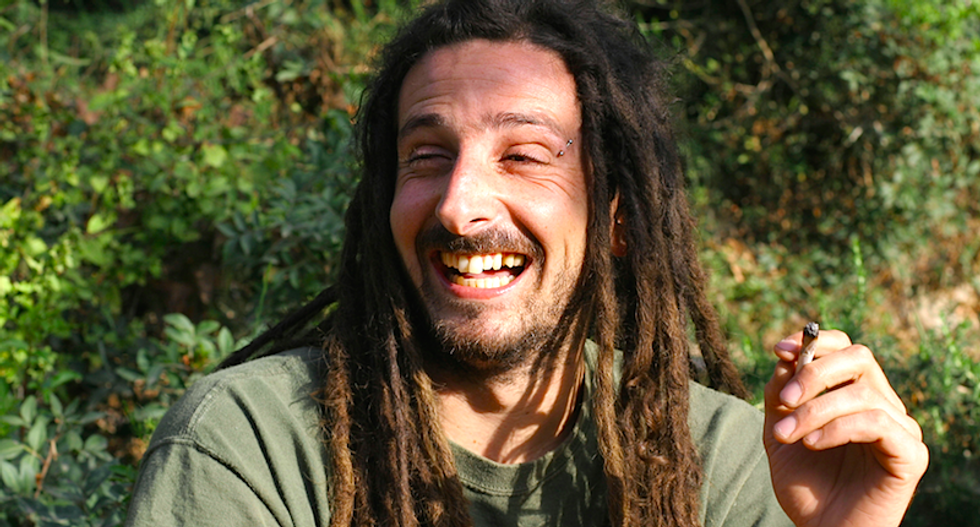 Parents Opposed to Pot (POPPOT)—mission: “bursting the bubble of marijuana hype”—just put out a list of “10 Reasons Not to Date a Stoner.”

Directed at “teens and college students,” it warns them to “Consider the type of person you want to marry before getting involved with a stoner.”

It’s a problematic approach, particularly since many teens and young adults may be using marijuana to cope with depression, anxiety and trauma. By sending the message to kids that drug use is evidence of being a loser whom no one should date, it might make it more difficult for kids to speak out if they do want help with their drug use.

Plus, the list relies on some stigmatizing stereotypes and highly dubious assumptions about people who use marijuana.

Their seventh reason to avoid “stoners,” for example, is that “A majority of marijuana users are also ‘politically active and energized.'”

Politically active and energized? How terrible!

But it gets worse: “Activists like to cause a racket,” they say. “If he or she is an activist… good luck…their ‘allegiance to the drug’ consumes their social calendar and Facebook newsfeed.”

Number Nine on their list is even more foreboding: “Fear of the Unknown.” POPPOT writes that “Perhaps the scariest part of dating a marijuana user is the fear of what may come next. Just because you begin dating someone who’s habit seems harmless, there is no way of knowing what it could evolve into, whether it be addiction, mental illness, depression, or in some cases the exploitation of other harmful drugs.”

Marijuana has long been hailed by Just Say No-style campaigns as a “gateway drug” to harder stuff. But that has since been shown to be a myth. (What’s more, some evidence suggests that marijuana may be used as an “exit” drug by people trying to quit other substances).

But what’s more troubling about POPPOT’s Number Nine is its active stigmatization of people with mental illness and addiction. While it’s true that most parents wouldn’t likely choose for their child to date someone with addiction or mental illness, demonizing it as something to be feared contributes to a lack of progress when it comes to understanding and encouraging people to seek help.

All in all, these seem like 10 pretty good reasons to avoid dating a member of POPPOT.