Paul Krugman destroys the media myth that Trump voters have economic anxiety: It's about race 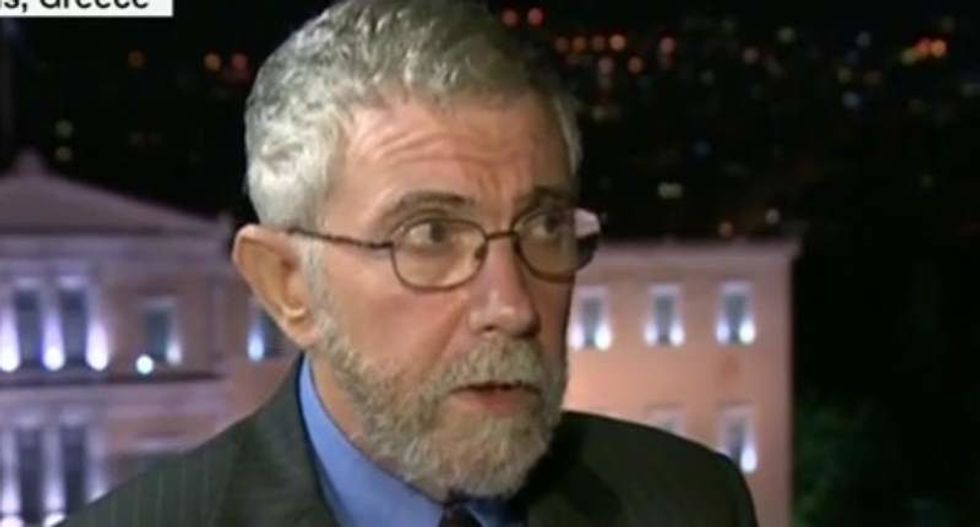 Nobel-winning economist Paul Krugman shot down the idea on Thursday that Donald Trump's supporters are motivated by economic concerns.

"Ultimately, it's about race," he told CNN's Christiane Amanpour. "You cannot understand anything that's happening in this election and US politics without seeing it as -- unfortunately, a fairly large fraction of Americans who don't like the fact that we're becoming a multiracial, multicultural country."

"They think that eats into their economic opportunity?" Amanpour asked.

"It eats into their identity," said Krugman. "It's really not about economics."

Krugman added that in his circles, "economic anxiety" has become "kind of a joke slogan" when discussing Trump voters' ideologies.

"That is fascinating," she said. "The conventional wisdom is that it is all about economic hardship, and you're saying no."

"There is economic hardship," Krugman replied. "West Virginia is not a happy place. But, mostly, we wouldn't be as resistant to good news if weren't really about something else. And it's really mostly about race."