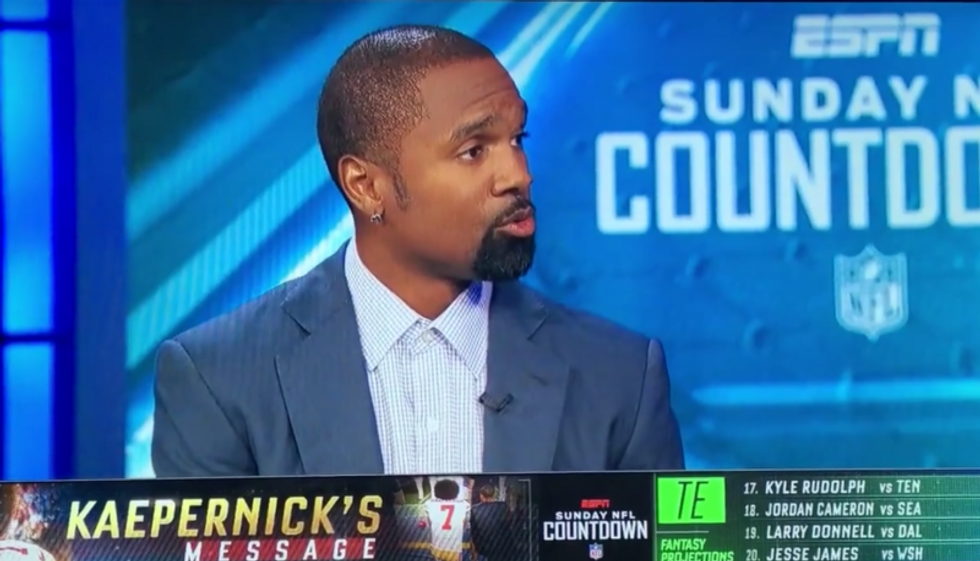 Former NFL defensive back Charles Woodson delivered a perfect response to critics of Colin Kaepernick's silent protest of the national anthem during a segment on ESPN's Sunday NFL Countdown.

While talking about Kaepernick's decision to kneel during the national anthem, Woodson pointed out that many black people see reverence for "The Star-Spangled Banner" as hypocritical because its author, Francis Scott Key, was a slave owner.

"Now when I'm thinking about the national anthem, and I hear that line, 'for the land of the free,' he wasn't talking about me," Woodson said. "So when we talk about Colin Kaepernick and the stand that he's taking, he's saying, 'Look, let there be justice for all of us.'"

He then praised Kaepernick for having the courage to protest during the national anthem, even knowing the kind of backlash that he'd receive.

"I actually applaud him for having the gall to stand up when he knew what kind of ridicule he was going to get, when most people would not do it, when he knew the backlash he was going to get," he said. "He sat down in peaceful protest. And if I was somebody in the military, and I looked over there and seen this young man protesting in peace, I would actually feel proud... that the freedom that I got across these waters to fight for -- that's it, right there, exercised."