Pro-LGBT 'I am the New York bomber' Tumblr site is bogus, officials say 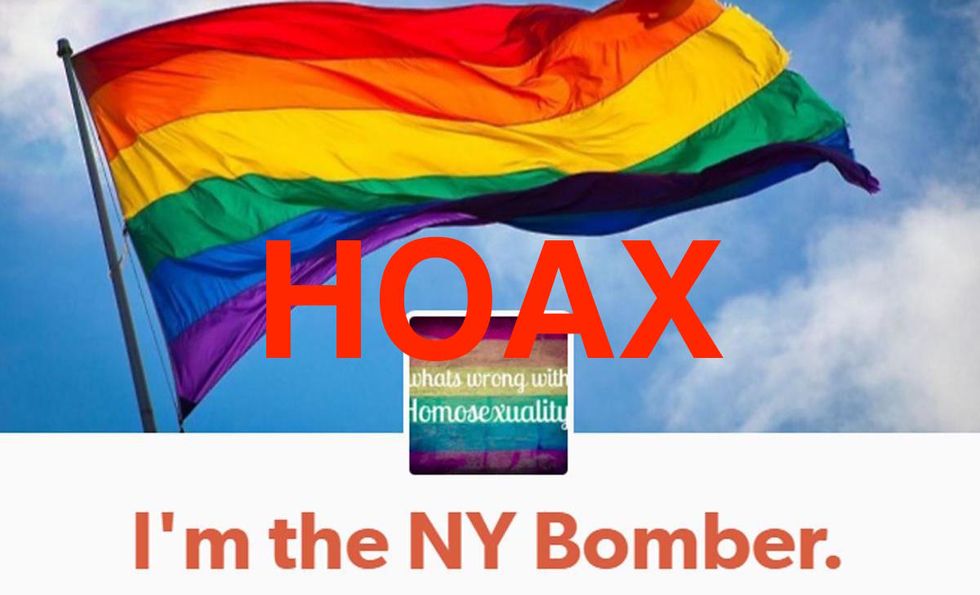 Officials investigating the explosion in Manhattan's Chelsea neighborhood on Saturday night say that a Tumblr blog claiming responsibility for the blast is a hoax.

According to the Associated Press, federal investigators dismissed the website's claims, which said that the explosion was intended as a protest against society's treatment of LGBT people.

Tumblr has taken the blog down, which appeared on Sunday and said, "You probably have all seen the news by now, the explosives detonated in New York City, that was me. I did it because I cannot stand society. I cannot live in a world where homosexuals like myself as well as the rest of the LGBTQ+ community are looked down upon by society.”

“The explosives detonated in New York City, that was me,” the post said. “Those were just some tests, I know where I have made errors and I will not make the same mistake next time.”

“I don’t know exactly how I feel about taking human lives. I suppose I’m just going to have to move forward knowing that what I am doing had a purpose and will in fact make a difference," the writer concluded.

An anonymous member of the investigative team told the AP that after checking out the website, officials concluded it was not relevant to the investigation.

The Saturday night explosion injured 29 people, none seriously. New York City Mayor Bill de Blasio said that the blast appears to have been an intentional act, but stopped short of calling it terrorism.