Remember when the Clinton 2008 campaign accused Obama of being a drug dealer? 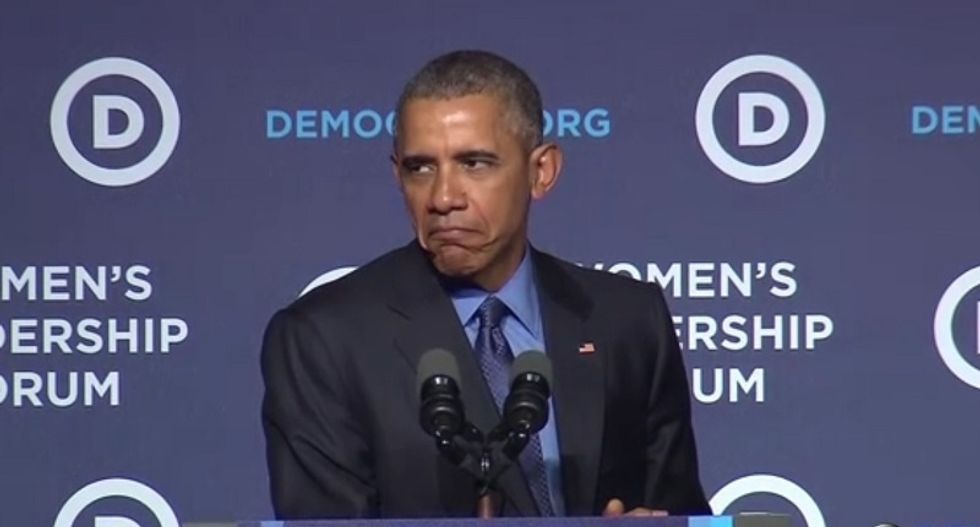 Now that Obama and Hillary are allies, we tend to forget that they were once bitter rivals in a brutal primary campaign. But it’s important to remember the way Clinton’s campaign acted then, before she was the “woke” abuela we know her as today.

Flash back to 2007. Billy Shaheen, the co-chair of Hillary Clinton’s New Hampshire campaign, used a tactic that Donald Trump has come to perfect: Apophasis, the rhetorical tactic of bringing up a subject by denying that it should be brought up. (Donald Trump is the master of this device. To give one example: “I refuse to call Megyn Kelly a bimbo, because that would not be politically correct,” he tweeted this past January).

In 2007, Shaheen told The Washington Post that he worried Republicans would attack Obama for the drug use—marijuana and cocaine—he acknowledged in Dreams From My Father, his 1995 memoir. As Shaheen put it, “It’ll be, ‘When was the last time? Did you ever give drugs to anyone? Did you sell them to anyone?’ There are so many openings for Republican dirty tricks.” We’d never say those things of course, he implied. We’re just concerned that Republicans, who don’t have our lofty moral principles, might stoop to that level.

When done well, apophasis brilliantly lets the speaker have their cake and eat it too. But Shaheen’s version was clumsy, and Clinton knew it. The next day, according to then-Obama personal aide Reggie Love, Clinton apologized in person to Obama. He graciously but firmly declined to accept her apology, given the rumors that her campaign was simultaneously spreading word that he was Muslim. She then “went from composed to furious.” Shaheen resigned from his campaign position, but he currently serves as a Clinton super-delegate.

Who else championed the notion that Obama was a devoted Muslim? Oh yes, Clinton’s good friend at the time,Donald Trump.

While things are different today, this trip down memory lane gives some context as to why it’s tough to swallow Clinton as a hot-sauce toting, black-friends-having bae.

As a fellow woman, I would never suggest that Clinton is deeply concerned about racism mostly when it serves her presidential ambitions, but unfortunately (and it really pains me to say it), her actions do leave her open to that kind of critique. From others.